Why “Job Crafting” is the Future for American Workers

Work four days a week, but get paid for five? It sounds too good to be true, but this debate is front and center within numerous European economies. Many organizations in Europe are cutting workweeks, but not wages, from 36 (five days) to 28 hours (four days), to reduce burnout, increase motivation, and improve the wellbeing of their employees. Will the idea emigrate from Europe to America? Unlikely, it seems the American dream is built on a 5-day week for the foreseeable future. 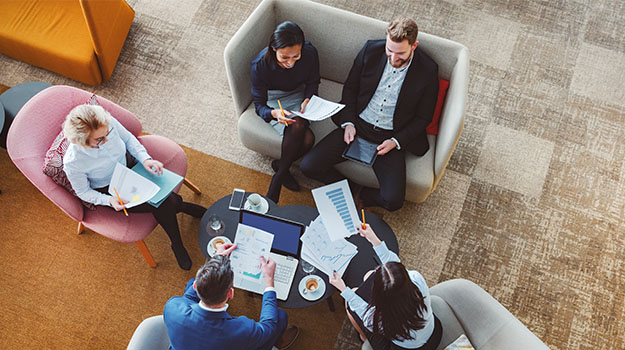 Americans work more hours annually than any of their Western peers. The average worker spends about 1,700 hours on the job, while in Denmark and Norway they spend about 1,400 hours. In Sweden and Finland, the number is closer to 1,600 hours. Yet productivity levels between the four nations is similar. Simply put, American organizations work their people harder, but for diminishing returns. It’s no surprise therefore that workers are quitting their jobs at the highest rate in 18 years. There’s now more unfilled jobs in the United States than unemployed workers.

Reducing American working hours to levels in Norway and Denmark would amount to giving U.S. workers more than an additional two months of vacation every year. Yet 83 per cent of American firms are not keen and won’t allow this to happen. Political administrations also remain unconvinced. Democratic Socialists of America and the Justice Democrats, two left-wing groups, have not backed the idea. None of the 2020 Democratic presidential candidates have embraced it either.

Rather than a 4-day week, world-leading Advisory firm Edgecumbe suggests that Job Crafting may offer an answer to the wellbeing dilemma.

Job Crafting describes the process in which workers take proactive steps to redesign and personalize their roles to improve the fit between their jobs and their own strengths, values, and passions. Workers can use this process to improve their wellbeing while staying in the same role, simply by altering aspects of what they do, the way they interact with others, and the way they think about their work. Essentially, Job Crafting is a worker-driven practice that the modern workforce are using to make the jobs they have into the jobs they want.

By changing the number, type or nature of tasks. This includes adopting new tasks which play to peoples’ interests and strengths, such as using creative skills to design marketing collateral or playing to an interest in social media to manage the company’s social platforms.

By changing the number or intensity of relationships with colleagues or reframing the purpose of interactions with others. This could include offering to mentor a junior colleague or asking to work on more team-based projects.

By changing their mindset regarding how they perceive the meaning and purpose of their job and the impact it has. For example, when asked “what do you do” one NASA cleaner famously replied, “I put astronauts on the moon”.

Job Crafting is a win-win process; research consistently finds it positively impacts a host of outcomes beneficial to both workers and their organizations. These include increases in self-reported engagement, happiness, organizational commitment, job satisfaction, readiness to change, self-efficacy, and colleague-rated performance, and that’s just to name a few.

Arguably, the most pertinent studies are those which have found that Job Crafting enables workers to cope with their stress levels, reduce exhaustion, improve wellbeing and resilience and minimize the likelihood of burnout. How? By utilizing Job Crafting as a preventative mechanism workers can re-design their jobs in a way which ensures they have sufficient motivational challenges (e.g. time pressure, increased responsibility) and supportive resources (e.g. autonomy, feedback, colleague support) to cope with the demands of their jobs (e.g. interpersonal conflict, role ambiguity) without succumbing to stress and burnout. In addition to helping workers manage their job resources and demands, and in turn their wellbeing,