Why Washington, D.C. Is a Great Job Market For Veterans

Since it usually doesn't top the list of "best" cities for veterans to live, it may seem as if Washington D.C. is not a great place for veterans to retire. Many factors, such as the cost of living, come into play and usually drag the city's rating down. That being said, when it comes to jobs, the city ranks much better. In 2016 WalletHub ranked D.C. as twelfth in the nation for veteran jobs. 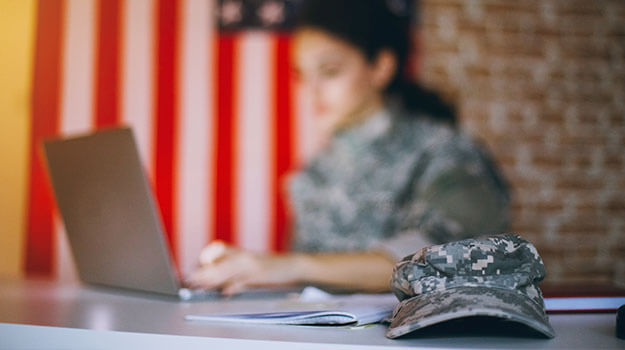 When planning a second career, many veterans look to the nation's capital region as the next step after retirement or separation from service. Some may have already worked in or around the area at one of the numerous military installations or at the Pentagon. Even if the nation's capital isn't a place they'd previously been acquainted with, many find the city and its surrounding suburbs in Virginia and Maryland to be a good place to live and work.

Are you a veteran looking for your next career move? Here's why D.C. is a great job market.

Transitioning out of service comes with challenges because military training and experiences put vets in a different position in life than their contemporaries. Working in the District, in some ways, is like a bridge between military and civilian life. Many veterans find the District to be a comfortable environment. Some of the names and faces are known and, even if not, there are numerous active duty and former service members employed in the region, giving a certain level of familiarity and routine during the workday. If sticking to government-related work, it's common for veterans to find themselves working in the same circles they did during their military careers and/or working within their military occupational specialty.

Additionally, be it in the public or private sector, it's common to find camaraderie with like-minded colleagues who share the same work habits, philosophies, and life experiences; all wanting to contribute to a common mission and serve something larger than themselves, much like it is while on active duty. Outside of work, in the greater D.C. area, it's easier to meet and network with other military families who can offer advice and/or help with the family's transition to local jobs and schools.

Presence of military and government jobs

Veterans often turn to one of the many federal or other government agencies in the Capital region, including the Department of Defense, Department of State, Department of Homeland Security, and the U.S. Capitol Police, to name a few. They also seek work at one of the military installations located in the area. Additionally, many private sector companies contracted by the government to help support agency missions are plentiful in the D.C. area, including Maryland and Virginia. Contractors have their own locations but also routinely place employees in government facilities, military establishments, or at the Pentagon.

In jobs related to the U.S. government or contracting with these agencies, military experience makes veterans attractive candidates because many of the open positions transition well from military to civilian. Vets already have the skills and expertise sought out by federal agencies and contractors, and it's far easier to onboard them compared to non-vets.

Additionally, there are jobs that actually require military experience. These local employers like candidates with military knowledge, track records, and leadership skills, as well as the on-the-job education and real-life experiences they've had because they understand—beyond theory—what the clients need. After all, they've lived it.

Even if not transitioning to a government or contractor job, nonprofits and other non-government contractors also enthusiastically seek veterans. Qualities these employers actively seek that former military usually possess include:

Years ago veterans had a difficult time being hired for civilian jobs, but in recent years, while there are still challenges, employers now actively seek to hire former military. Statistics currently show 68 percent of employers are positive about—and motivated to pursue—hiring vets.

Whether you're seeking a government-related position or one out of this realm, it's a good idea to start networking in your chosen career area. In D.C., it's often not about what you know but who you know. If more education is needed to land the job you want or you want to use your G.I. benefits to boost your education credentials, you should know the Capital region has plenty of great colleges where many veterans opt to continue their schooling, two of which ranked in the top 10 in USA Today's "Best Colleges for Veterans" in 2015. Several other regional schools also made the list.

Transitioning out of the military means big changes, but for many veterans, a move to the nation's capital is a comfortable one, less of a culture shock, and a great boost to their civilian careers.