What to Do When Your Boss is Leaving

In today's job market, job-hopping is a common event. A 2017 survey by Namely suggests people remain at a job for, on average, less than two years. That being the case, people are used to the idea of coworkers coming and going, but what if the person departing is the boss? What do you do? 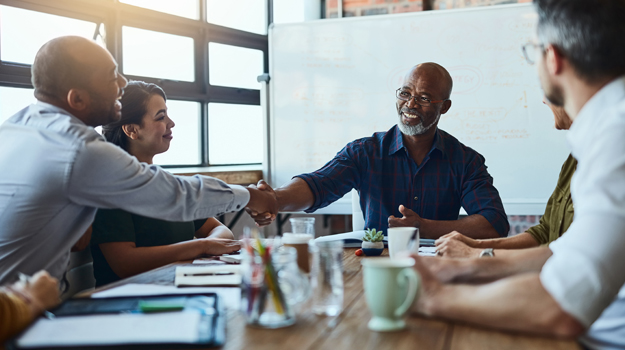 Finding out the boss is leaving can be a shock. In response, people sometimes spin into panic mode and think something must be wrong. While your boss's departure might be upsetting, it's important to remember, he or she leaving doesn't necessarily mean the company is going belly up. It could simply be your boss left for a better-paying opportunity or one that offered new career growth.

On the other hand, a sudden departure could be a warning sign layoffs are imminent or other significant organizational changes are coming down the pike. If you're concerned, quietly pay attention to what's happening around you. If a big change is on the horizon, telltale signs might emerge, such as weird vibes or an unusual shift in routines. In the meantime, it's important to keep up your usual schedule, stay on task, and skirt away from any gossip.

After a staff member leaves, it's common for workloads to be redistributed to remaining employees. If your boss leaves and the company appears to have no immediate plans to fill the position, management may try to spread out the boss's responsibilities amongst everyone else. This can have its drawbacks, but consider looking at it in a positive light—it's a chance to prove your skills and demonstrate your willingness to be a team player. When the time comes to hire, this could give you an edge if you put your name in the hat for consideration.

Tip: Be sure to document your contributions.

If your boss left abruptly for greener pastures, the position may be an unanticipated vacancy, and management may want to quickly fill the position. If you're looking for career advancement, here's your opportunity to move up. Keep in mind, internal hires often have an edge over external candidates because an organization doesn't have to spend as much in recruitment and onboarding since current employees are already up to speed with much of the inner workings of the company.

Build a Relationship with Your New Boss

When a boss leaves, change is inevitable. If the company does decide to go with an external (or another internal hire), you'll be working under a new boss. Chances are, your new supervisor's work philosophies may be totally different from what you're used to, which could be positive or negative. At a minimum, you'll need to prepare yourself for a new management style, different expectations, and potentially new approaches to completing your tasks and projects.

Whoever your organization decides to hire, don’t start things off on the wrong foot by making comparisons between your former and new boss. Realistically, you won't know how your job will evolve until you get to know your boss. As soon as feasibly possible, ask to schedule a meeting. A face-to-face gives you the chance to get to know one another, ask about his or her expectations, and share what you've been doing.

Sure, you may be disappointed, but it's important to be gracious once you get the news of your boss's departure. Be sure to wish him or her well, and remember to offer your thanks and appreciation for any skills or knowledge you've learned under their management. Let your boss know how much you value the professional input and guidance you've received.

Make Arrangements to Stay in Touch

Preserving connections with former bosses is worth the effort, especially if the relationship was a close one. Before he or she departs, be proactive by making arrangements to meet for coffee regularly; some suggest a quarterly get-together works. If setting up a standing meeting doesn't seem to be doable, you'll want to, at a minimum, maintain regular contact by phone or email. This way, you keep an open line of communication and can occasionally make plans to meet up. By making an effort to keep in touch, you'll maintain a personal connection you value and continue to build your professional network.

Even if you don't prefer to keep in touch with your boss, you should remain cordial and professional. It's always a bad idea to burn bridges. Your boss may return or turn out to be the hiring manager at a future job you apply to. You just never know!

Your entire work life can be turned upside down when a boss leaves. However, the more inclined you are to approach the situation with a positive attitude, the easier it'll be to move forward.