What to Do When You've Been Passed Over for a Promotion

We all want validation that we’re doing well at our jobs, and oftentimes this takes the form of a promotion. After all, what says “You’re doing great!” better than an increase in responsibility and pay?

But what do you do if you’re passed over for a promotion? It may seem impossible to move on from such disappointment at the time, but there are a few things you can do to make it through. 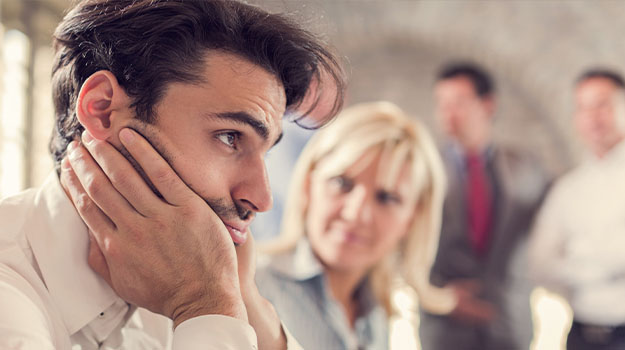 Take some time to reflect

This is the time to act like the consummate professional that you are. Do not—in any way, shape, or form—act disgruntled, petulant, or bitter about your lack of a promotion. Take a deep breath and think about why you might have been looked over.

When doing so, be sure you look inward instead of outward—in other words, you want to be self-reflective (“What duties could I be doing better as an employee?”) as opposed to accusatory (“My boss hates me and has it out for me.”). Business Insider suggests that, after you’ve had time to absorb the news, respectfully request a meeting with those in charge of decision making and discuss with them what kind of skills or experience they feel you lack.

Politely ask for some specific examples of situations or projects that, to your boss, suggested you weren’t ready for a promotion. Give them permission to tell you the truth and not sugarcoat anything by telling your boss this information is just for you to use in order to improve.

Important note: Only schedule this meeting when you’re confident of your ability to remain calm in the face of hearing things that may upset you.

Draw up a plan

You’ve put your hurt feelings and pride aside as best you can, and you’ve met with the higher ups to discuss what you need to work on…now get working! Take any suggestions or constructive criticism you received, and put it to use. Work together with your management team in order to strategize a plan that will more likely result in a promotion the next time around.

According to the Harvard Business Review, “How can we work together to make sure I get promoted in the future?” is a great way to open the discussion. Be sure to really listen to what they have to say and, even if you don’t immediately agree, think it over. You may come to discover some hard-earned truth about yourself…or you may continue to believe your boss has drawn incorrect conclusions about you. Either way, it’s important to pay attention to both the actual work you’re doing and the appearance of the work you’re doing. For example, if you know you’re a great team player but your boss doesn’t feel the same, think about what kind of image you’re projecting while involved in a group project. Demonstrating that you take constructive criticism to heart will be one more notch in your belt the next time a chance for promotion rolls around.

There is absolutely nothing wrong with expressing your disappointment (once) to those in charge, but it’s what you do after the disappointment that will really show your boss the kind of promotional potential you have.

But if, after much reflection and the appropriate adjustment of workplace expectations, you realize the company simply doesn’t see you as promotion material, it may be time to look elsewhere. This will likely be a tough decision that should encompass your time at the company as a whole—not just the fact you were passed up for an advancement one time.

If internal promotion is your ultimate goal, it’s important to talk to your boss about what achieving that goal would look like on a day-to-day basis. Of course, this conversation would ideally take place before a chance at promotion ever comes around.