Some job interviews go well, and others fall flat.

Sometimes it's because the job isn't a good fit, or your nerves took over when you were talking. But in other cases, an interview may go awry for a very different reason: the interviewer treated you unfairly. 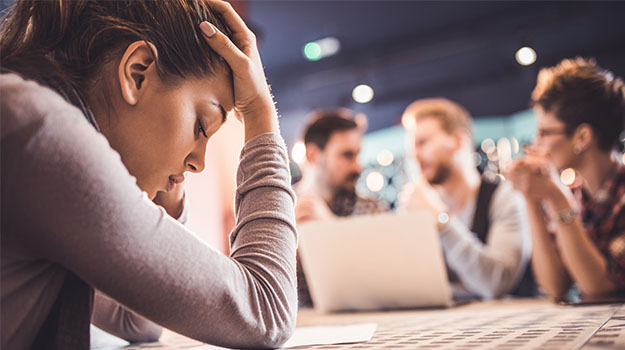 If this is the case, do you have any recourse and what should you do?

A range of bad behaviors

How you react to an unfair job interview really depends on the specifics of what went wrong. Your first step should be to define why you think the interview was unfair and to separate your emotions from the facts. "In some circumstances, unfair can be described as unkind, unprofessional and rude," says Lavie Margolin a career coach and author of the book "Mastering the Job Interview." For example, maybe the interviewer was checking her email instead of listening to your responses or made a disparaging remark about the school you went to. This type of behavior may be offensive, but it's very different from cases where an interviewer's behavior is improper or illegal. Instances of this behavior could involve asking out-of-bounds questions about your marital status, sexual orientation or religion which would potentially open the company up to a discrimination lawsuit if you don't get the job.

The action you take (or opt not to take) may depend on the severity of the problem and the nature of your complaints.

Let's talk about rude behavior first. The Internet is full of stories about offensive interview questions and rude interviewers. This might include interviewers who come strolling in 20 minutes late for your interview, didn't so much as glance at your resume or know little to nothing about the job you're interviewing for. Other job seekers have experienced interviewers who were curt, cut them off or wouldn't give them an opportunity to ask questions. Others made rude comments about their clothing or bad-mouthed their coworkers or the company itself.

There is nothing illegal about this type of behavior, but it's certainly unprofessional and probably won't entice you to take the job. In these instances, it's important for you to behave professionally and resist succumbing to the temptation to fire back, which will accomplish little besides making you look equally bad as well as giving the interviewer ammunition to use against you.

After the interaction is over, consider making a call to your recruiter or the person who referred you for the position. Let them know what happened. In extreme cases, it might also be worth a call to the company's human resources department to alert them to the problem. It's possible that this person wasn't trained on how to conduct interviews, which the company may need to address.

While some interviewers may say things that are rude or offensive, others cross a line, and their behavior may even be considered illegal. The federal government has laws designed to protect job seekers and employees from discrimination based on personal characteristics, such as sex, race, religion, national origin, disability or genetic information. For this reason, most companies bar interviewers from asking questions that might get them into legal hot water by laying the foundation for a discrimination complaint.

Queries such as, “Where do you go to church,” “Are you married,” and “How old are you” are all unacceptable. Some interviewers aren't aware of discrimination laws or overstep boundaries inadvertently when trying to make small talk. But there may be instances where you feel like the interviewer is deliberately prying and could be biased against you.

Whether unintentional or deliberate, these kinds of intrusive questions are improper and are a problem. If you don't get the job and feel like it may be due to discrimination, you can take action by contacting the Equal Employment Opportunity Commission (EEOC) to file a complaint or speak with an employment attorney to discuss your options. But keep in mind these cases may be challenging to prove and they may not ultimately benefit you directly in terms of getting the job. What they can do, says Margolin is help you stand up for what's right and prevent others from having the same experience.

Your decision to take action or walk away will ultimately be based on what you think is right for the situation you experienced.

The good news is that a bad interview can, in some cases, be an early warning sign of a dysfunctional company. If the company tolerates bad behavior from interviewers it may not be a place that you want to work in the first place. In these instances an unfair interview may lead you to a better opportunity down the road.