From a typo on a phone number to an incorrect date, mistakes on job applications happen. What to do if it happens to you? 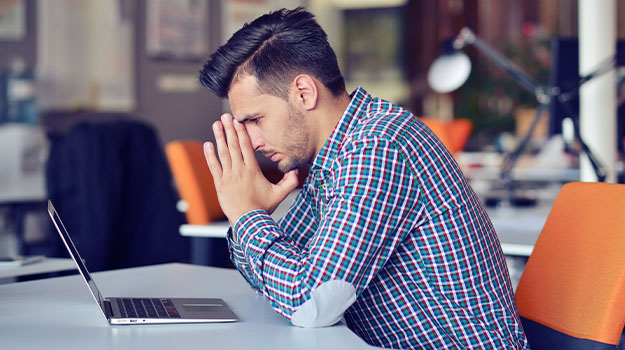 To be honest, if the problem is with your resume, there might not be any hope. You've had plenty of time to craft and refine it, checking for common mistakes and asking friends to review it for anything you might have missed.

Fix the errors on your computer so you're ready for the next opportunity, but you've probably taken yourself out of the running on this one.

You could get a little more leeway, though, in other situations. Here how to try to win dispensation for mistakes on a job application.

Is the error big enough to bother with?

In some professions, a grammatical error or punctuation problem could be fatal. In other fields, small writing or formatting mistakes might not even be noticed, let alone matter.

Determine which category your error falls into. If it's a "no big deal" issue, don't worry about it.

If it's anything that could be construed as dishonesty—a typo on a grade-point average, incorrect years on education or work experience that could cause you to flunk a background check—attempt fix it. Looking like a liar could put you out of the running at the company, now and in the future.

You'll also need to correct phone numbers or email addresses. Otherwise, the company won't be able to reach you or your references.

If there's an email address in the job listing, this part will be easy. If not, you'll have to dig a little to find out who will review the application. If the company has a website, there could be a listing there for a hiring manager or other contact.

If nothing turns up online, pick up the phone. It might take a few trips through the phone tree but keep going until you find out who the contact is.

If you actually get to speak to that person, make your profuse apology on the spot and ask how to go about correcting the information. If all you can dig up is an email address, send your correction, along with that same apology.

Pay a visit to the business

This can be particularly effective if it's a small business. Simply stop in with a clean copy of the application in hand and ask to speak to the hiring manager. Introduce yourself, explain what happened, and say you'd like to correct the information.

This can even work to your advantage if they see you as someone who cares enough to put in effort to right a wrong. You've also had face time with the manager, and that's more than many other applicants will have done.

There is one area where most businesses are going to be forgiving—because who among us at some point in our professional lives hasn't hit "send" without including attachments.

Simply send another email, this one with an apology and with the attachments attached. If you applied online, some systems will let you add attachments later, but others won't. In those cases, you'll have to track down a contact in order to update your application.

Rebrand a correction as an update

There's a chance you've found your mistake before anyone has even reviewed your application. It's a little sneaky, but sometimes you can complete another and bill it as an update.

This won't always work. Some online systems block multiple applications from the same email address. If that's the case, you'll have to come clean.

While some mistakes on job applications are unforgivably sloppy—misspellings on resumes, incorrect names in cover letters—businesses sometimes allow leeway in other areas. Find out who to contact to fix the mistake on your job application and make the correction, along with a sincere apology.