There is some debate in the business community about whether cover letters are even necessary anymore. But instead of eliminating them entirely, what you’ll probably find is that more and more companies simply make them “optional.” But…what exactly does that even mean? Before you bang your head against the keyboard in frustration, read one to decode the hidden meaning behind an increasingly popular application request. 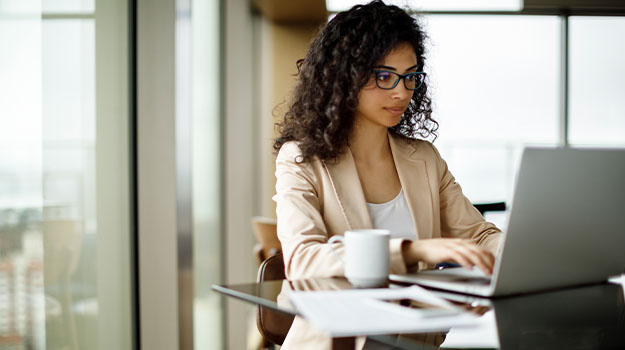 The general rule is that, even if it’s marked “optional,” you should include a cover letter

There are a few reasons why companies would decide against requiring a cover letter—from not really thinking they’re that important, to testing which applicants are truly serious about the position, to wanting to reduce the amount of reading they need to do. Regardless of the reason (which you’ll never truly know), it’s a good idea to err on the side of caution and include one anyway.

According to Glassdoor, a well-written cover letter will leave a great impression from the outset. Writing one demonstrates dedication and the ability to go a step further than other candidates, with the added bonus of helping you stick out from the crowd (aka: those applicants who didn’t write one)…in a good way!

At the bare minimum, the inclusion of a cover letter will do what a cover letter always does: Explains to the hiring manager why you would be the best fit for the position and helps connect you on a more personal level to those in a position of authority. By taking the time and effort to write a thoughtfully crafted cover letter, you exude those same qualities just by virtue of writing one.

There is, however, a situation in which you should not include a cover letter

So after waxing on about the benefits that come from writing and submitting a cover letter even when it’s marked “optional,” there is actually a time you should skip its inclusion—and that’s when you don’t have time to write a good one.

Not including a cover letter is a much better decision than including a poorly written one—one that’s impersonal, too detailed, too egocentric, or riddled with spelling errors and typos. If you’re on a tight deadline or simply don’t have the mental energy to put toward a clean, concise, and professional cover letter, just leave it off. True, you’ll have missed out on a prime opportunity to set yourself apart—but it’s still infinitely better than the alternative, which is to set yourself apart as a definite “no” due to lackluster effort on your part. No one wants to write a cover letter while crunched for time, so trust that no one wants to read one written by somebody crunched for time either.

It may feel as though job posts are setting you up for failure (or at least exhausting mental gymnastics) by posting that cover letters are “optional,” but it will make your application process much easier if you simply view cover letters as a mandatory part of the application process unless explicitly stated otherwise. Ultimately, this is one of those situations in which you need to take an honest look at yourself and your abilities. Ask yourself: “In this particular moment, for this particular job, can I write a timely cover letter that thoroughly demonstrates my qualifications for the job in question?” If so, include one. If not, skip it. It’s as easy as that.