What Are Tuition Reimbursement Programs? And Should You Offer Them?

From a strictly transactional perspective, tuition reimbursement programs involve businesses giving an employee up to $5,250 a year in tax-free help to take classes or work toward a college degree. The company, in turn, gets an equal tax write-off. 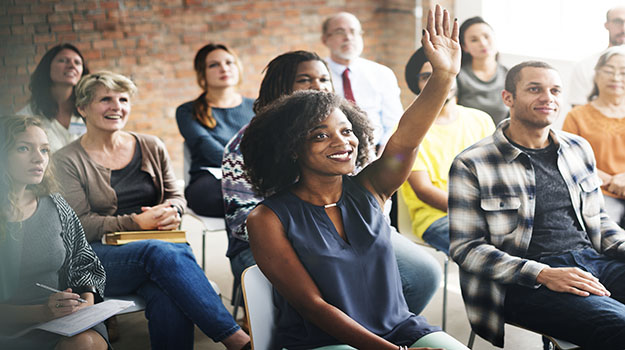 Aside from the financial exchange, though, does helping employees with education costs help the company? The answer appears to be “yes.”

According to a National Bureau of Economic Research analysis, employees who participate in tuition reimbursement programs were 50 percent more likely to still be with the company five years later.

Other studies discovered a few caveats. An article in the Academy of Management Journal said turnover is reduced as long as the employees are in school, though it increases once they graduate. The writers recommended promoting employees or giving them more challenges to entice them to stay.

Not surprisingly, tuition assistance is most common in hot sectors such as technology and healthcare, according to the Society of Human Resource Managers. If those business are a major force in your area, you’re competing with them for support personnel. A program of your own could make you more competitive.

Increasingly, businesses such as call centers and fast food companies are offering tuition help—even to part-timers. They’re not creating lifers but employees are sticking around anywhere from months to years longer, according to SHRM. The savings in onboarding and recruiting costs is obvious.

How To Set Up Your Tuition Reimbursement Program

As long as you’ve met the IRS requirements—more about that later—you have leeway in crafting your employee tuition reimbursement program. It’s helpful to look at other organizations to see how they’ve crafted their plans.

Some companies pay for any class, while others require a tie to the job. Some firms approve the classes, while others don’t. Still others require students earn at least a certain grade or work toward a degree. Others allow more latitude. Chipotle, for example, helps employees earn GEDs or study ESL.

Some companies require that work be completed at specific schools. Starbucks offers a free bachelor’s degree, though it must be earned through Arizona State University’s online program.

In creating your tuition reimbursement program, consider the company’s needs and its goals. If you’re looking at the program strictly as an employee benefit or recruiting tool, keep it as open as possible. If you need to develop a workforce with specific skills, limit participation to classes or degrees in those disciplines.

Tuition Reimbursement And The IRS

The IRS does have a few restrictions on tuition reimbursement, including:

The definition of “employee” is fairly liberal. It can include retirees, those on disability, people who have been laid off, even contractors in certain situations.

The Criticisms Of Tuition Reimbursement Programs

Most programs that have run into criticism have been those where companies have tethered themselves to specific colleges: the Starbucks-Arizona State University deal, for example, that gives students no say in where they go to school.

Savvy students have figured out it can be cheaper to enroll on their own dime than to take the company’s help. For many low-income students, a Pell Grant covers most of the cost of community college, according to U.S. News.

There’s also the possibility of burnout, particularly with employees trying to work and go to school full time.

Overall, though, the positives outweigh the negatives—tuition reimbursement programs are fantastic recruiting tools and help with retention. Even if employees don’t stick around for an entire career, the company benefits immediately from the student’s increased skills, knowledge, and fresh ideas.

And, of course, it’s a tax write-off for the company and a tax-free benefit for the employee.