Washington, D.C. is a region booming with career opportunities. The DMV (DC, Maryland, and Virginia) region reliably lands on numerous "best city" lists for jobs in the U.S. In 2018, our nation's capital city was listed at #5 on Fortune's 2018 list.

Like other cities, industry shifts tend to occur in Washington D.C. In our 2017 report on the area's top hiring industries, the federal government was one of the strongest hiring employers. While the federal government still maintained 24 percent of D.C.'s jobs as of September 2018, they've since internally cut thousands of jobs. Interestingly, overall employment statistics continue to remain steady, with some industries actively growing. This indicates more diversification is occurring which will likely cause future shifts in both industry and job demand. 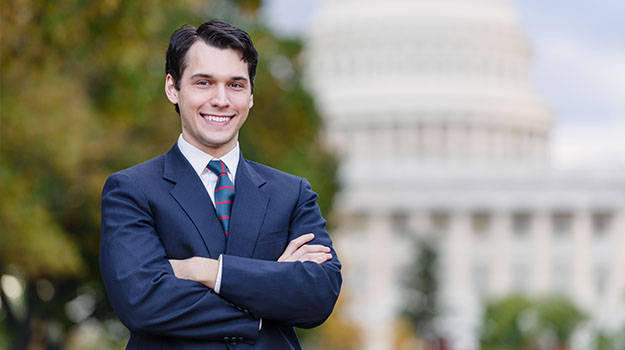 Here's a look at the top industries in DC hiring right now.

Demand for professional and business services in the D.C. region continues to grow. The U.S. Department of Labor Bureau (BLS) reports this sector has seen a 2.7 percent increase and is one of the six cities listed for adding the most jobs of this type. Some top services you'll find in demand include:

Over the past several decades, the tech industry in the DMV has grown by leaps and bounds. Fast forward to today, and D.C. is dubbed the "Silicon Valley" of the East. Several prominent tech giants have taken up residency in the DMV, including Google, Amazon, Comcast, Microsoft, Salesforce, Uber, and Symantec—to name just a few—with Amazon and Google recently announcing big expansions in the region. With 55 of the world's 500 "fastest growing" cybersecurity businesses headquartered in the area, along with a 37 percent hold on overall tech contracts, there is a consistently high need for skilled tech professionals. If tech is your niche, D.C. is a good place to be.

BLS previously predicted the healthcare industry to boom and continues to do so; the agency projects it to grow 18 percent through 2026. This is much faster than average when compared to other industries. Jobs in demand include:

Recently, new builds and conversions of existing space into healthcare facilities have been occurring all over the Capital Region. These facilities, along with previously established ones, will need skilled workers to fill opening healthcare positions.

The District's strong tourist industry brings in millions of visitors each year. BLS indicated the leisure and hospitality industry in Washington saw a 4.3 percent growth from March 2018 to March 2019. According to the agency, these industry rates are almost doubled when compared to those in other U.S. cities. Along with its prominent landmark and historic elements, D.C. is also rapidly emerging as a hot spot for entertainment, food, and other leisure activities for both locals and visitors alike.

New hotels, eateries, and shops have cropped up all over SE D.C. at the Capitol Riverfront (near Navy Yard and Nationals Park), and the $2.5 billion expansion at The Wharf in SW D.C. recently entered phase 2 of construction. The initiatives have contributed to a huge revitalization of both quadrants. Factor in all the work going into the National Harbor area in recent years, including a $48 million MGM National Harbor expansion project announced last summer, and conditions are set for a continuous high need for workers in the leisure and hospitality industry.

Other industries you'll want to watch include construction and retail. With the tremendous growth in mixed-use development occurring locally, these two industries are positioned to remain steady in the near future.

Between the federal government, military agencies, contracting companies, tourism, and the products and service industries needed to support millions of people, many jobs consistently need to be filled. Looking for a job in D.C. or elsewhere? Check out our database of current job openings in all industries.