This is How Some Corporate Leaders are Using Social Media to their Advantage. Are you?

What better way to get information from your customers than to ask them directly? 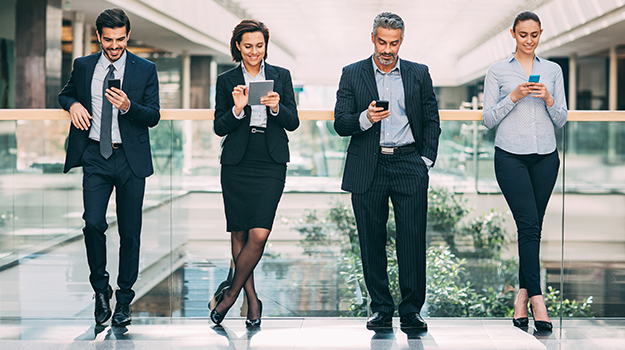 Airbnb CEO Brian Chesky decided to do just that last December, asking on Twitter, "If @Airbnb could launch anything in 2017, what would it be?"

"The response was almost 2,500 likes, more than 500 shares and 2,200 comments," says Carla Johnson, chief experience officer for Type A Communications. Customers tweeted back suggestions for improvement, including asking the company to add a mechanism that would let them know if a rental had a private bathroom (Chesky tweeted in response, "you are right, will fix.") and questions, such as wondering if they could list a tent in their backyard. The exchange shows the potential power of social media when used by corporate leaders who've reached out to their followers not only to get feedback but to boost customer engagement, drive traffic to the business and even to help develop their own personal brand. Virgin's, Richard Branson, widely known as a leader in corporate social media use, recently used his Twitter feed to help relief efforts for victims of Hurricane Irene, which damaged his own home in the British Virgin Islands.

Others known for their social media savvy are Ralph Lauren, Arianna Huffington, and Apple's Tim Cook, who ruled Twitter among Fortune 500 CEOs in 2016 with 3.9 million followers. He's only gone up from there, with 6.5 million followers today. While he didn't tweet often—only nine times as of 2016—each was retweeted some 2,000 times, showing people were definitely paying attention to what he said, according to a report on social media use by Fortune 500 CEOs, published by Domo and CEO.com.

But for all the leaders using social media, many more appear not to be. Some 60 percent of CEOs at Fortune 500 companies are just a blank silhouette, with no social media presence at all, according to the same Fortune 500 CEO social media report.

CEOs are busy, and they aren't sure social media use is financially worth the effort, because return on investment is hard to measure, and they largely lack training on how to use social media properly, the report concluded.

The dark side of the social sun

While social media use garners followers and may help boost business, it certainly does not come without its risks. For all the success stories on social media there are also a number of high-profile gaffes, including the 2014 slip up by Twitter CFO Anthony Noto who publicly tweeted what was thought to be a private message. And that's far from the most cringe-worthy online misstep.

In addition, giving customers the ability to reach out to you directly on social media, isn't always a good thing, particularly if your company finds itself in the midst of an Experian-style crisis, says Paul Gillin a business to business social media strategist and partner at Gillin +Laberis. Experian was the recent victim of a high-profile data breach, with widespread consequences for its customers. These drawbacks may be one reason for some trepidation about tweeting from the top.

While there’s definitely room for caution, there are benefits to corporate leaders who make the leap and establish a social media presence. But for many leaders the question then becomes where to begin and how to get started? Below are some tips to help you get that toe in the water.

Getting started on social media

Decide if it's right for you. Not all industries lend themselves to a social media presence, and it's not right for all corporate leaders. "Adoption varies from industry to industry," says Johnson. "Consumer-based companies and those in faster moving business-to-business sectors, such as tech, are more likely to use social media." But historically, companies that specialize in manufacturing, or those in highly regulated industries might be slower to join. Determine whether other leaders in your industry are on social media and the benefits it may (or may not) have for you.

Choosing a platform. Twitter, Facebook, LinkedIn, Snapchat? It can be hard to choose. The Fortune 500 CEO report showed LinkedIn is the first social media channel that these CEOs tend to join when they get online. It's not surprising that CEOs were most comfortable on LinkedIn, which is perhaps the most buttoned-up, business-oriented platform on the web. This platform may make the most sense for leaders who are looking for an easy place to start when looking for a place to see and be seen on the Internet, but other platforms may offer certain advantages depending on your industry.

Post carefully. Not all social media posts are well received—and for good reason. Some are inadvertently offensive, poorly timed or contain misspellings or grammatical errors. One of the benefits of social media communication is that it can be casual and quick, but that doesn't mean it should be sloppy. It's always a good idea to have someone edit your posts before blasting them out to your followers or you may risk harming—not boosting—your professional reputation.

Create a plan. Don't just start tweeting or posting mindlessly. Developing a road map or at least some rough guidelines on what you want to post is always beneficial. Whenever possible focus on the positive posts, negative posts are often not well received.

Ultimately, social media should be viewed as a tool. It may be new and scary to some corporate leaders, but done well it can benefit your business and enhance your corporate and even personal profile.