Getting new hires acquainted with their jobs, aka onboarding, presents numerous challenges for both employers and employees. While some find onboarding to be a fairly simple process, others experience complete catastrophes. Most organizations simply cannot afford onboarding horror stories, especially since a recent survey by Korn Ferry revealed that 10 to 25 percent of new hires exit their new positions within the first six months. With retention issues being so prevalent, not to mention costly, overcoming the following onboarding challenges is essential. 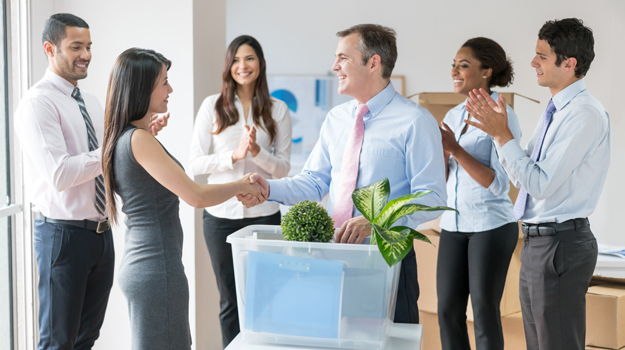 In the Korn Ferry survey mentioned above, it was shown the major reason new hires leave within the first six months is that their roles as employees do not line up with what they were led to believe before they were hired. Simply put, they thought their job would be a lot different than it actually is.

There seems to be a real disconnect between job descriptions in the pre-hiring stage and those in the post-hiring stage. To avoid these types of discrepancies, employers need to be very clear about what the job will entail. Even if they’re trying to woo a star candidate, they're not doing themselves any favors by sugar coating the realities of the position. It won't take long before their new employee becomes an ex-employee once he figures out he was won over by empty promises.

President of North America Korn Ferry Futurestep, Bill Gilbert, says, “It’s incumbent upon recruiters and hiring managers to paint a clear picture of what will be expected of the candidate in his or her new role, and make sure promises of resources, job structure and reporting relationships are fulfilled.” Inconsistency is a challenge relatively easy to overcome; it simply requires honesty and clarity.

One of the major challenges in onboarding is determining who is responsible for designing, developing, and implementing the program. Some leaders feel these tasks should be assumed by human resource or department managers, so they tend to take a more hands-off approach. However, according to Lisa Slater, manager of Sales Learning and Development for The Hershey Company, “The key to effective onboarding is the level of leader engagement across the function and the entire organization.”

Ultimately, no one is more aligned with the company’s mission and vision than its high-level leaders. Therefore, full delegation may not be the wisest move when it comes to onboarding, especially with the stakes being so high.

New hires want to know they're doing a good job. They will certainly appreciate being told what they are doing right.  However, when it comes to what they’re doing wrong, providing honest feedback can be tricky. With such a high percentage of employees leaving their position within the first six months, some managers may feel they need to walk on eggshells until the employee is firmly cemented in the organization. But at the same time, one of the main purposes of onboarding programs is to orient the new hire to the realities of his position and make him into the best employee he can be. How can that be done without providing constructive criticism? Obviously, it can’t.

A major challenge managers face is walking the feedback tightrope. They can’t lean too far to one side without tipping the balance in the wrong direction. Too much praise and not enough direction will create an entitled, unprepared employee. Yet too much negative feedback could have him storming out the door. Finding the right balance can definitely be a challenge—but it can be done. The best way to navigate this task is to use emotional intelligence to gauge the situation. A manager in tune with his employees will be able to sense when he’s pushing too hard or not pushing enough, and adjust his actions accordingly.

Onboarding challenges are abundant in the modern workplace. But they can be overcome with the right strategies and a general recognition of their importance. Hiring new employees is an expensive, time-consuming process. So minimizing turnover in any way possible is just good business sense.