The Jobs Outlook for Large D.C. Media and Communications Firms Before, During, and After COVID-19

The two biggest sectors in the nation’s capital are those who make the news and those who spread the news. D.C.’s media and communications companies with over 500 employees were living large before COVID-19 wreaked havoc. There has never been a shortage of mega, high-powered media and communications firms in D.C., and most of them are still standing. But what did life look like for these organizations before and during COVID-19, and what do they have to look forward to in the future? 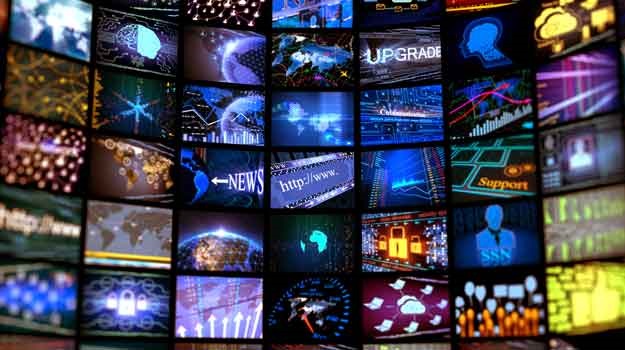 Despite the struggles print media has been facing since the Internet boom, large media and communications firms were thriving in D.C. prior to the pandemic. After all, a certain president was making new headlines daily. Good or bad, this kept media and journalism outlets prospering. Public relations and advertising firms were also flourishing, as bigger news usually means larger audiences and advertising revenues. Unfortunately, once the pandemic hit, widespread shutdowns, layoffs, and pay cuts put a damper on the media and communications industry in D.C.

News media networks, content producers and distributors, digital media outlets, and the like were all riding high on the plethora of political news that was at the forefront of 2019. Then, they were hit hard by a storm that took them in an unprecedented direction. News of the coronavirus spread almost as quickly as the virus itself, and even the most established and stable organizations found themselves teetering.

Journalists found themselves needing to forge inroads with health experts rather than the usual political figures. Broadcasters had to scrap planned and completed stories to focus on pretty much the only thing anyone cared about: COVID-19. Employees who had been coming to the office every day for decades were suddenly forced to work out of their homes, and employers were compelled to let them. The pandemic not only changed work practices, but also hiring practices, as many large media corporations were forced into hiring freezes.

Despite social distancing, large-scale collaboration became the norm during the pandemic. People could no longer turn to the person sitting next to them for information or ideas, so they convened virtually.  Soon, it was apparent this might actually be a more effective and efficient way to brainstorm, strategize, and communicate.

While it’s true COVID spawned the syndrome known as “Zoom fatigue” due to its overreliance on virtual videoconferencing, it appears this may remain the primary means of communication for larger organizations. According to Fortune, “Larger companies that are more geographically dispersed have gotten really thoughtful around engineering Zoom conversations. CEOs have been able to interface with cross-functional teams in more productive and democratic ways…they want to preserve that.”

In addition, marketers, and advertisers, both political and non-political, have experienced permanent changes in the way they approach uncertainty. With uncertainty now being the norm rather the exception, they have to integrate new strategies into their campaigns which are more socially and culturally sensitive. They also have to help build public confidence that the future is secure, despite widespread trepidations about unpredictability. This is no easy task after the last year-and-a-half we have endured, but it is a challenge they seem prepared to meet.

The upheaval the pandemic caused to large media and communications firms has undoubtedly had long-lasting effects. The way business was done in the past is not likely to resurge, at least not entirely. The pandemic is not over yet, but it at least seems to finally be heading in that direction. As workers return to their cubicles, and the news is once again becoming diverse in its content, the D.C. media and communication sector appears to be ready for the recovery process and all that it entails.