Small businesses in D.C.’s arts and heritage sector have long been major drivers of the capital’s tourism and revenues. Many are non-profit and rely on government funding, combined with donations and admission fees. Everything from museums to theaters to historical monuments rely on public attendance for their survival. So, when COVID-19 came along, many of these small businesses feared they wouldn’t pull through. How bad was the damage? Let’s take a look at the state of small arts and heritage organizations in Washington, D.C., before, during, and after the pandemic. 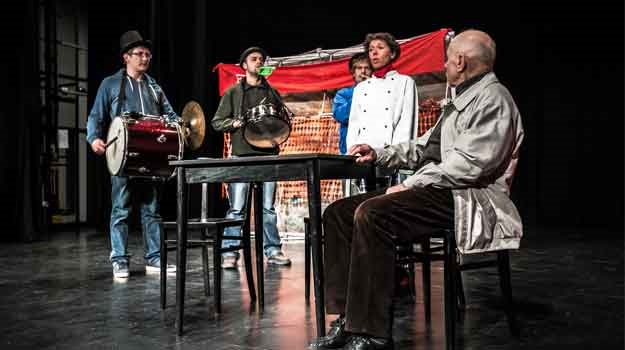 The creative economy is divided into two parts: those that create artistic properties (for example, paintings, sculptures, concerts, recitals, dances) and those that house, display, and present them. Prior to 2019, the arts sector was thriving in D.C., as it was throughout most of the nation. The creators themselves represented nearly four percent of employment in the U.S. (approximately 7.6 million people) and earned a total of around $42 billion a month. The exhibitors employed approximately 8.8 million workers and generated more than $1.7 trillion in annual sales.

In 2018, D.C. hit an all-time record in tourism, attracting 23.8 million visitors (up by almost 4.5 percent from 2017). This 2018 influx resulted in a new record in visitor spending as well, reaching $7.8 billion. Historical sites and the arts were a major part of these booms, as they are largely what makes the nation’s capital such a hotspot (we all know it’s not the weather). Unfortunately, COVID-19 struck shortly after.

Small independent museums and theaters were hit hardest by COVID-19. This is not surprising considering their entire existence is built on people gathering together in close quarters for non-essential events. Indoor historical sites suffered the same fate, and eventually outdoor sites joined them, as stay-at-home orders prevented outdoor gatherings as well.

Nationally, the performing arts and culture/heritage sectors lost well over a million jobs and more than $46 billion in revenue between April and July 2020. In Fairfax County, arts organizations and artists experienced a 98 percent cancellation rate during the pandemic, and 43 percent were unable to make payroll.

Thanks to streaming services, some artists and venues were able to convert to online shows and exhibits. Virtual museum tours and live streaming performances have become more popular in the last couple of years and helped supplement some of the lost incomes. However, these alternative platforms were no match for the profitability of in-person events.

In order to relieve some of the struggles the arts and heritage sector was experiencing in our nation’s capital, several relief programs were implemented. Organizations such as Americans for the Arts Greater D.C. Metropolitan branch and the D.C. Commission on the Arts and Humanities developed COVID-19 relief programs designed to revitalize the arts sector once there was light at the end of the tunnel. Small businesses in the arts may have been down for a while. But don’t count them out.

The road to recovery has been long, rough, and winding. However, the D.C. arts and heritage sector are finally in a position to begin blossoming once again. One small D.C. modern art museum has already hired 90 percent of its staff back and is seeing almost 60 percent of its pre-pandemic sales. Relief programs have helped these types of businesses, as well as individual artists, muddle through. Today, most of them are optimistic about what the future holds and are picturing the days when standing room only can be the norm once again.

A large portion of the arts and heritage industry in Washington, D.C., is comprised of small businesses and independent artists that depend on live audiences and big tourist revenues. Stay-at-home orders and travel bans became the bane of this industry’s existence, thanks to the pandemic. We may not be out of the woods just yet, but there is hope the final curtain will fall on the pandemic sooner rather than later.

Looking for a great event, visit The Washington Post’s Restart the Arts hub!