Six Ways You Unknowingly Sabotage Yourself at Work

You work hard at your job, but you may be canceling out much of that hard work by sabotaging yourself. Here are six ways you’re hurting your chance of advancement. 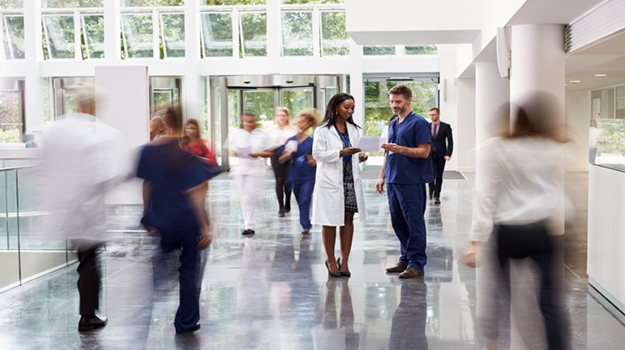 Asking for a raise when you’re still the newbie. Sure you’d like to earn more money, but asking for a raise too early can backfire. You’ll come across as needy and greedy. One administrative worker with only months on the job compared notes with her best pal and decided she deserved to earn more. She marched into her boss’s office, closed the door and asked for a raise. She didn’t back up her request with data on pay for other workers with similar experience and education. She didn’t show how she’d added value to the company. No surprise, her paycheck remained just the same. Even if you accepted a low-ball salary offer when you were hired, wait until your one-year hiring anniversary before you ask for a bump up in pay. Your request for a raise shouldn’t be based on your desire for more money, but instead on salaries for people with comparable experience, similar education. More importantly, base your request on the unique value you bring to the company. You are bringing value to the company…right?

Expecting OT for simply pitching in. No one should have to work all day on their day off, work until midnight for free or even regularly stay a half hour late as I was expected to do at one job. But filing for overtime on a day you got to work just a few minutes early or stayed five minutes late—really? One salaried worker did just that—logging in five minutes when she caught the lights on the way to work and arrived early and then logging in another five minutes when she handled a phone call that came in at the end of the day. After she had accumulated four hours’ worth of these micro overtime stays—no single one more than five minutes—she asked for a half-day off. She didn’t get the half-day off. Nor did she last long at that job.

Playing defense or the ‘not my job syndrome.’ Sure, set boundaries to prevent people from walking all over you. But a voicemail message that instructs people to “Call Ms. Brown if you need help with a travel voucher, call Mr. Smith if you have a question about a product, call Mr. Jones if you have a complaint,” sounds defensive. As far as requests, just because the task isn’t in your current job description doesn’t mean you shouldn’t do it. You want to get paid for what you do, but you can’t prove you’re ready for more responsibility—and a raise—unless you show you can perform at the next level. “Do the job you want before you are given the title,” one manager tells his mentees. “When you show you can do a job well, the promotion to that job becomes a no-brainer.” If you don’t get the promotion, you can put the experience on your resume and find that position at another company.

Wearing your insecurity on your sleeve. No matter what you believe, don’t blatantly advertise the fact that you think you don’t deserve your position. If you do, your boss and coworkers will pick up on that vibe and treat you accordingly. If you need help or find you’re in way over your head, ask a trusted coworker or your boss for advice or assistance. Read up on industry trends and techniques. Take a deep breath, hold your head high and remember the company wouldn’t have hired you if they didn’t think you could perform.

Getting in touch on company time. During every meeting at one company, one employee spent most of the meeting time checking his phone and texting his spouse. The company finally had to institute a “no mobile phones in meetings” policy. Now, I’m feeling guilty. My husband’s job requires back-to-back meetings some days and at least once a week I call and he’s in a meeting. He has an automatic text saying “in a meeting” that he sends as soon as he sees a call from me. If your spouse is like me, text him or her before your meetings as a heads up. When the meeting begins, turn your phone off unless you’re using it during the meeting.

Not tuning in to your company’s corporate culture. What worked at your last job may not be the norm at your latest gig. I found that out the hard way. At my first job if someone left the office, the rest of the work gang covered his or her phone. We’d leave notes by our phones saying thing like “If Mayor Nassif calls, ask him X, Y and Z.” When I landed my second job, I assumed the same culture was in play. I’d leave for lunch and ask one of the other staffers to cover my phone, even helpfully leaving a note with questions to ask in the event of a certain call. I didn’t clue in to the fact that no one ever asked me or anyone else to cover their phones. One day, my boss took me aside and told me my coworkers perceived me as bossy and dictatorial. I was mortified. I changed my behavior and paid better attention to the culture at that job and future jobs.

When you stop shooting yourself in the foot, it’s a lot easier to walk away with a promotion and a raise.