Responding to a Passive Aggressive Coworker

You've asked your coworker for an important report five times now, and he keeps "forgetting" to drop it by your office. You wonder, is he really this absentminded or is something more going on? 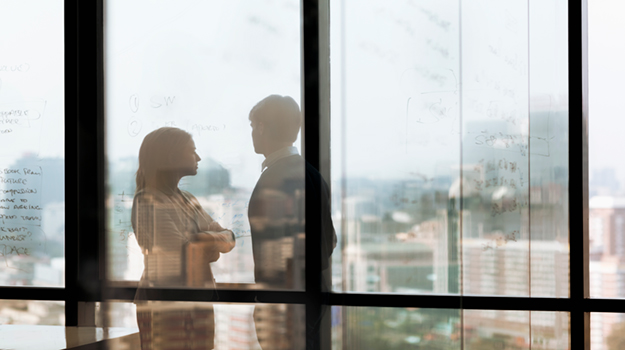 In some instances an ongoing problem like this one may genuinely be due to memory lapses. But more often than not, when the same thing keeps happening again and again it's a sign of a common office problem: the passive aggressive coworker.

"Probably the most relatable definition of passive aggressive behavior is sugar-coated hostility," says Melody Wilding, a licensed social worker who coaches professional women and entrepreneurs. "It's an indirect, even sometimes sneaky or underhanded way of expressing anger or resentment."

Procrastination, pouting or misplacing information are some common passive aggressive strategies, says Maria Gamb, founder and CEO of the coaching and training company NMS Communications. "I think the most classic one is, 'Oh, I thought you were on that e-mail,'" she says. These behaviors are a way for a person to take out his or her anger out without saying or doing something directly. Instead they don't do something they're supposed to do or they might also retaliate against a coworker or boss in other ways. "One of the most insidious forms of passive aggressive behavior is gossip," says Wilding. But passive aggressive behavior can take any number of forms.

Unfortunately, identifying this type of behavior isn't always easy, because the perpetrator is using this strategy to push back surreptitiously. But this behavior does have some telltale signs. One of the biggest clues you are dealing with a passive aggressive person is that the behavior is persistent and ongoing, says Wilding.

The office setting might actually stimulate this type of behavior simply because people can't really express their feelings as directly as they can in a social setting. They may also be bound by office rules and regulations so they look for other ways to exert influence.

Some individuals use passive aggressive strategies because it's the way they've learned to navigate interpersonal relationships. In some instances a person might have grown up in a household where it wasn't okay to express an opinion and they've been socialized into this type of behavior, says Wilding. The person might not even consciously realize that he or she is being passive aggressive.

Passive aggressive behavior can also arise in response to a stressful situation- fear of a project or a new role. The person is behaving this way because they're trying to avoid a situation that intimidates them.

"An experienced manager will know passive aggressive behavior when they see it," says Gamb. But others should learn to trust their gut. "If they think something is up they have two choices, to completely ignore it and sometimes it will go away-or to address it."

If you choose to address the problem there are some strategies you can use.

Don't take it personally. Learn to see the passive aggressive behavior as a systemic or behavioral pattern. It's not about you. "I see a lot of that with my clients," says Wilding. Blaming yourself won't make the situation better.

Lend a hand. "If you're in a leadership role it's about creating emotional safety for that person," says Wilding. Think about the tone of meetings and interactions. Are staff members able to comfortably express their opinions? Is there a baseline level of respect and trust from leaders?

Understand the root cause. Think about what may be going on in this person's life that you can help address in a compassionate way, says Gamb. Addressing the underlying issue may help reduce this type of behavior. "Sometime people who procrastinate are being passive aggressive or sometimes they're just plain scared." To find out if this is the case, ask, "What is it about this project that you're having difficulty with?" says Gamb.

Draw clear lines. You really have to learn how to set boundaries with these people. "You sometimes need to put your foot down and say 'this is the sixth time that you've been late to a meeting in the last month, next time we're starting without you,'" says Wilding. "If you keep doing what you've always done it's going to stay the same. Take responsibility for changing their behavior. Be clear about expectations and straightforward when problems arise.

Avoid volleyball. "Take the high road and don't go tit for tat with the person," says Gamb. Sometimes they're just looking for a reaction. Don't give it to them. "People sometimes don't realize that learning to deal with passive aggressive people is a skill," says Wilding.

Escalate the problem. There are instances that need to be escalated to human resources or management. "If someone is being so divisive and undermining or trying to purposely sabotage another colleague that has to be addressed because it comes bullying," says Gamb. "The thing about a bully is that there is no place for that kind of nonsense in a corporation."