Ready for some more work after hours?

There are plenty of serious flicks about the workplace and working—Oscar-nominated films such as “Norma Rae,” “Wall Street,” and “North Country.” Box office smashes such as “Glengarry Glen Ross” and “Up in the Air.” 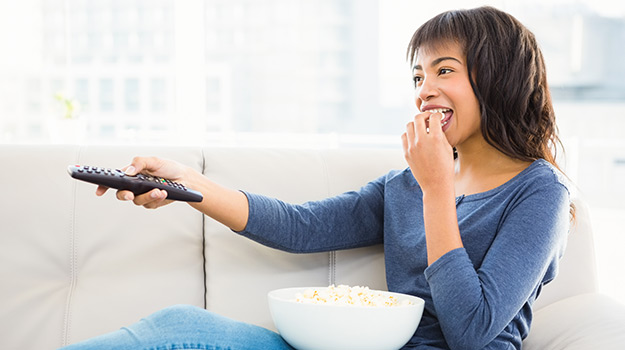 Really, though, who wants another dose of heavy after eight hours at the office. That’s why our favorite workplace movies are comedies. As that great philosopher Jimmy Buffett says, if we didn’t laugh we would all go insane.

A story of naked ambition in the fashion industry, “The Devil Wears Prada” follows Anne Hathaway's young professional, Andy, fumbling through her first job. Her demanding boss Miranda, played by Meryl Streep, seems to be the epitome of a successful career woman, but her personal life is in shambles. Will Andy choose to emulate her employer or forge her own path?

What we learn: We learn Meryl Streep is brilliant, but most of us already knew that. There are a ton of lessons, but we’re left with a real thought-provoker at the end, when Miranda smiles after seemingly ignoring Andy. Did she approve of Andy’s decision? Or was she smirking because she knew she was still pulling the strings?

Jim Carrey plays a fast-talking lawyer whose son’s birthday wish curses him with 24 hours of total honesty. He confesses his excessive parking tickets to the police. He sleeps with a boss to try to get ahead but blows it with a glib “I’ve had better.” Things take a serious turn when he realizes the wrong side is going to win a court case because of a falsehood he helped concoct. It’s hilarious, but…

What we learn: #unfiltered might sound freeing but, honestly, how many of us could make it through the day without even the smallest white lie? Would we even want to? Sometimes keeping the peace means we also need to keep some honest feelings under wraps.

A brilliant underling has a great idea, and the conniving boss takes credit. Then the boss breaks her leg skiing, and the secretary steals the idea back. This romantic comedy stars Melanie Griffith as Pygmalion with poufy hair; Sigourney Weaver as the shrewish, back-stabbing boss, and Harrison Ford as the boyishly charming executive caught between the two.

What we learned: A great idea is a great idea whether it comes from a secretary or a CEO. Executives who don’t listen aren’t likely to end up in the secretarial pool, but there are definite downsides for discounting someone because of their position on the food chain.

Another classic from the 80s, this one starring Michael Keaton as an American automotive plant foreman. A Japanese company buys the plant and begins making big changes. The union’s out, and pay is slashed. So Keaton cuts a deal: if he can get the workers to produce using his system, the new owners will roll back the cuts.

What we learn: Some of the themes are a little cringey today, but the resonating message is: Look at results before getting too fixated on a process. When upper management and employees are willing to listen to each other, appreciate what each brings to the table, and agree to compromise by meeting in the middle, everyone’s experience is better as a result. Oh, and we also learn that Keaton is a better comedian than he is a Batman.

A sexist, egotistical, lying boss bullies, insults, and harasses subordinates. After an alcohol-fueled venting session, three worker bees accidentally poison him, then kidnap him to cover it up. To cover that up, they run the company and wind up doing a better job than their boorish boss. This cult classic starring Jane Fonda, Lily Tomlin, and Dolly Parton is a fantastic mix of farce, friendship, and feminism.

What we learn: Unfortunately, this message still resonates nearly 40 years later. Flexible scheduling, daycare, and equal pay should likely be the norm, and these fictional secretaries achieved it. Too bad many companies can’t say the same today.

The next time you’re looking for a way to fill a laid-back evening, check out one of these classics. They’re the perfect way to unwind from work by laughing at work.

What are some of your favorite movies about the workplace? Tweet at us @washpostjobs and let us know!