Is DC Still As Transient As Everyone Says It Is?

There’s no doubt that Washington, DC is a unique place to work and live. If you’ve spent any time here at all, you’re almost sure to have heard the (not necessarily funny) joke that no one is ever really “from DC.” Even with the increasing short-term population of big cities around the country, DC still continues to struggle with its reputation for being a temporary stop. Is it true? Is DC a city made up almost solely of interns, tourists, and college students? 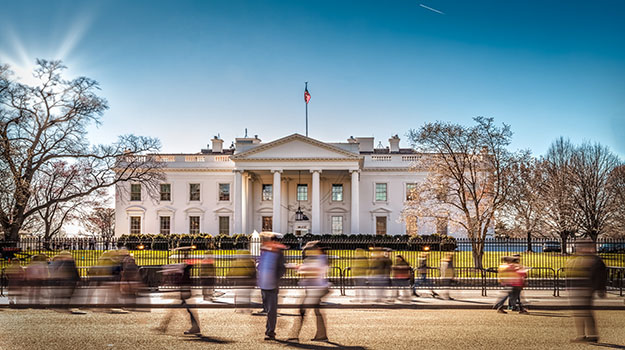 Well, Yes And No.

Because politics plays such a momentous role in the city’s everyday operations, it would make sense that people come and go depending on who controls the White House, Congress, and the House of Representatives. After all, many of the people working for Democratic or Republican leadership are likely to leave the city once their party member is out of office. But politics is just the tip of the iceberg when it comes to determining whether people work (and live) in the city.

Tax Reports Show Many People Are Just Passing Through

American University reports that DC’s chief financial officer’s Office of Revenue Analysis found only twenty-five percent of people who filed for taxes in DC in 2004 still filed taxes there in 2012.

This would seem to indicate that after a mere eight years, a quarter of DC’s population no longer lived there. The reason the report gives for this high turnover? An abnormally large population of “interns, political appointees, and students.” One particularly interesting find from the study was that those who remained single were more likely to leave DC than those who were married or took on a dependent (ie: had a child). Those with higher incomes were also more likely to stay put for an extended period of time…which makes sense when you consider the high cost of living in the city.

So according to the Office of Revenue Analysis, it seems like a pretty cut and dried case of DC continuing to be a transient city. However, the tax data is so extremely black and white it doesn’t allow for other considerations.

Housing Data Shows Many Are Here To Stay

The tax study only takes into consideration those who file taxes in DC proper. As everyone who works in DC knows, working there has very little bearing on whether you actually live there. When people talk about what kind of city DC is, they very rarely consider the fact that some people have worked and “lived” (ie: spent most of their time) in DC for far longer than it may at first appear.

The GW Hatchet instead cites the US census housing data as a more accurate way to determine whether DC should still be considered a “transient city.” According to this measure, DC is no more transient than most other cities and is, in fact, less transient than cities such as San Francisco and Boston.

All of this is to say that it seems to be high time we reconsider our view of DC as simply a transient city, and instead allow for the fact that the area is comprised of a much more nuanced set of people who—while working jobs that necessarily come and go depending on politics, seasons, and school years—help make this city what it is.