When I was a precocious eight years old I started to be regularly asked what I wanted to be when I grew up. After a bit of rumination, young Russ came up with his best answer. I had an unusual future in mind. I sought to be both a justice on the Supreme Court, a professional wrestler...and a reference librarian.

I told you I was precocious. 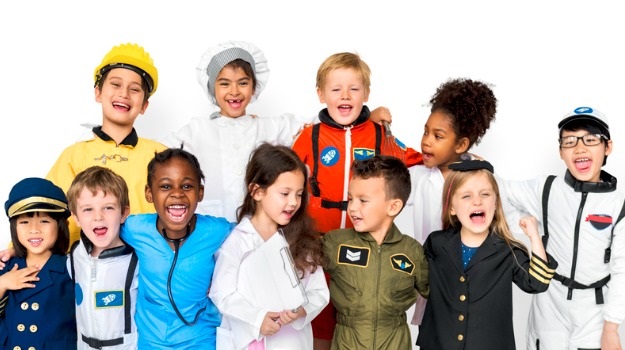 I never required a conversation with a guidance counselor to talk me out of this unusual trinity of professional aspirations. It became apparent pretty quickly that I wouldn’t have the athleticism to become a wrestler. Likewise, I can’t fake enthusiasm for very long. Aspiration denied.

So. Nerd that I am, some of my first heroes were reference librarians, but I grew less enamored with that pathway when I realized that others didn’t view them with as much reverence as I did. Sorry, reference librarians. You’re still my heroes. Aspiration denied.

The Supreme Court remained in the mix for the longest period of time, but I had little enthusiasm for lawyering, and people told me I would be expected to do that for some time before I could be a judge. It turns out I didn’t have it in me. Aspiration denied.

But it turns out, what you wanted to be as a kid can actually help you consider what’s next for you as an adult. Because as I reflect on who I am now, I see the spirit of each of these early vocational glimmers show up in different ways in my current professional life.

At a time when so many people are making shifts in the work they do, I think we are well served by considering our building blocks. What engaged you, as a child? What did you want to be when you grew up? Why? And why did your path diverge?

Repeatedly when I speak with people about work, we spend time defining ideal criteria like salary, benefits, colleagues, and culture. Then we prioritize them. And that’s when recognizing aspects of what drove your younger self can be helpful.

I’ll grant you that at first glance, things get complicated for those who longed to be a star athlete or performer, given the wealth and fame they confer. But what other aspects of those paths may have called to you? Did you like the idea of a flexible schedule, the opportunity to travel, performing in front of crowds, an ability to be creative, or recognition for being the very best at something?

Once you’ve figured this stuff out, you can construct what your next opportunity looks like. Here’s a few examples.

Say you wanted to follow in the footsteps of Barbara Streisand or Tina Turner, Joan Jett or Jennifer Lopez, Nicole Scherzinger or Rihanna or Taylor Swift, but it never quite worked out, what about those people might have intrigued you? For example, if I take JLo as our point of departure you could say that you aspire to be like her in a role where you can be known for versatility, have a chance to be creative and managerial, and a passion to only take on work that you believe in.

Using a different example, let's say you wanted to be a fireman. What was it about being a fireman that appealed to you? For example, they make a difference in the world, they are treated like heroes, and they make a good living without having to go to college. If you don’t see that fireman path as viable now, let's take its component parts to consider a new route.

How then might you make this exercise work for you? Ask yourself these questions:

If you are at a loss for what’s next, taking a look back at the less world-and-work-weary you might help. I’ve no plans to jump off a turnbuckle with a thesaurus to deliver judgement anytime soon, but that’s because I’m getting much of what I need where I am now. That said, I do expect to get a call from WWE any minute, when they hear about my idea for a phenomenal new character for next season.

Never give up on your dreams, my friend. But also, ask yourself what they might tell you about where to turn next.