How to Show Off Your Emotional Intelligence in a Job Interview

Emotional intelligence. Experts say you have to have it to be successful. But what is it? And how can you show you potential employer you have it during the course of a 30-minute job interview? 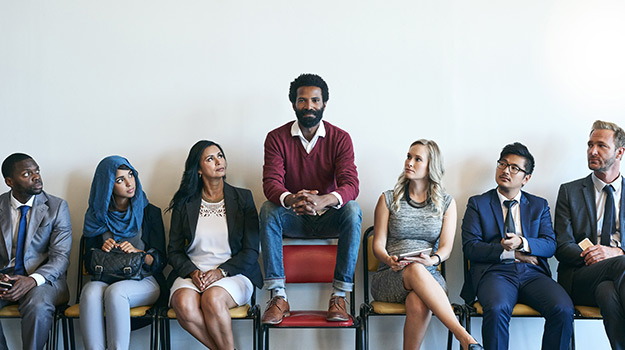 Your potential employer wants to know the answer to this question because it can indicate how well you'll do working as part of a team or if you'll be a challenge to work with.

These problems are all markers of poor emotional intelligence.

To answer these questions well you've got to understand some of the main traits associated with emotional intelligence and what the hiring manager may be looking for.

When screening for emotional intelligence your interviewer will want to know:

Do you have a good grip on your own strengths and shortcomings? To assess this trait, an interviewer might ask you a question we all dread: "What is your greatest weakness?"

Your hiring manager wants to know that you know you aren't perfect, that you're willing to acknowledge your shortcomings to others, and that you can take constructive criticism and use it to improve. If you won't open up at all during the interview and blame problems on others, it may be a sign you lack emotional intelligence.

Can You Control Your Emotions?

An employee with high emotional intelligence can remain calm and composed at work and doesn't feel overwhelmed by their own emotions, whether it's anxiety, stress, or fear. A hiring manager is going to look for evidence in your answers that you're able to think before you act and that your emotions don't drive your behavior.

Can You Self-Motivate and Work Toward Long-Term Goals?

The interviewer will be looking for evidence that you possess the initiative and dedication to set and follow through on goals that are important to you. Talk about projects where you demonstrated this trait or personal accomplishments in the same vein.self-motivate and work toward long-term goals?

Can You Understand and Empathize with Others?

Being able to work well with others and as part of a team requires an ability to understand the emotions of others and to see things from their point of view. A person in tune with the emotions of others is someone who listens and respectfully disagrees without belittling. Talking about how everyone at your last job had terrible ideas may be a tip-off that you lack this skill.

Do you have the ability to work with others?

The hiring manager wants to know you're a team player. Give him or her examples of times you worked successfully as part of a team. In addition, it may help to speak about your accomplishments in terms of we, not I, recognizing the contributions of those that helped you achieve different goals. He or she will also want to hear about your experiences resolving conflicts successfully and see evidence of your leadership abilities.

Keep in mind, demonstrating these traits doesn't just involve giving examples of your behavior, you'll also be judged on your behavior during the interview. Arrogance, talking over the interviewer, interrupting, or going off on your own tangent without answering the questions you were asked can all be red flags to an interviewer. You should also remember to be aware of your body language. Aggressive posture or lack of eye contact are signs your social skills may be lacking.