How To Write A Focused Resume Highlighting Your Diverse Skills

It turns out there’s a slight downside to being the ultimate multitasker, a consummate Jack or Jill of all trades: How do you write a resume that captures the multitude of functions involved in your job? 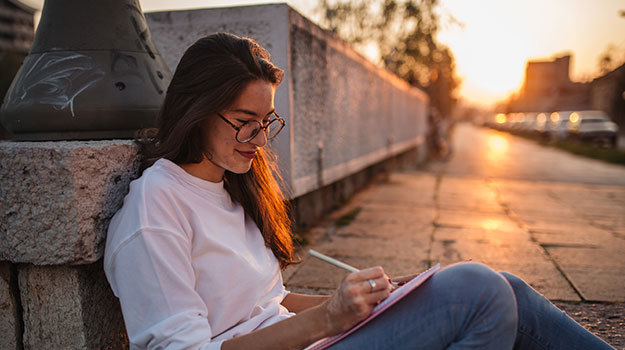 You’ll want to immediately rule out the chronological resume, that old-school recitation of every job you’ve ever held. You should have abandoned that years ago anyway because it’s just not effective anymore. Here are six alternatives to consider.

This is the exact opposite of the traditional chronological approach. Instead of highlighting your five most recent employers, it displays your five greatest strengths.

You’re a project manager? Great! List specific initiatives you’ve kept on track and on budget. You’re a wiz at innovation? Detail systems you created and implemented, along with their outcome.

Create more of these project entries than you think you need but don’t include them all in your resume. Swap them in and out to make your resume more relevant to specific job openings.

2. Highlight your multitasking abilities—but call it something else

Everyone thinks they’re a good multitasker, but the truth is, there’s no such thing. What we call multitasking is really the ability to quickly shift our attention from one task to another and then refocus on the original task.

Which is why you should avoid the word “multitasking.” In an era where many jobseekers sprinkle the term into their list of soft skills, it’s become close to meaningless.

Instead, focus on showing hiring managers achievements that prove you’re a star at focusing on the project at hand and shifting priorities quickly if necessary. “Increased sales x percent while creating companywide training programs and rewriting policy manuals.”

There are some skills that just never go out of style: leadership, communications, collaboration, time management, and problem-solving. In fact, they’re even more crucial in today’s rapidly changing world.

Building your resume around those timeless abilities can be an effective way to both communicate your versatility and to tout your track record. Simply use several of the skills as subheadings on your resume, with bullet points demonstrating your achievements in each area.

Bonus points: the person reading your resume won’t have to work to see how, or if, your experience scales to a new company. You will have already neatly and concisely pointed that out by highlighting skills every business needs.

4. Decide what you like most and craft your resume around that

The dirty little secret of most high-functioning multifunction employees: There are parts of the job they really don’t like. Perhaps you’re a skilled proofreader who finds no satisfaction in correcting other people’s mistakes. Or maybe you’re handy with spreadsheets but really would rather do almost anything else.

In those cases, it’s fine to completely omit or gloss over skills you’d rather not use in your next job. Focus instead on your strengths in areas you love.

5. Craft your resume to the job description

This type of resume involves a ton more work. It can also be a lot more effective at landing you a job you’ll love long past the honeymoon phase.

Basically, you’ll draft a rough resume template. It will include only a brief listing of employment history, education and credentials. Think of these as the base of a Lego structure.

The top Lego will focus on the skills listed in the job posting you’re interested in. Don’t just recite them word-for-word, though repetition does help if you think the company is using a resume scanner. Instead, point to your specific experience that shows you have the skills. This way, you have a better chance of getting past both an electronic scanner and a human reader.

As in the project resume, keep your list of top-level Lego in a separate file and swap them in and out for each job application.

Some businesses, particularly small ones or startups, want and need people who can do it all. And it could be that those types of businesses are exactly where you want to be.

If you thrive in these situations, don’t worry about trying to make your amazing array of skills fit into a narrower niche. Bill yourself as the ultimate utility infielder who can fit into any position on the team and play it well.

Creating a resume for your multifunction position can be almost as challenging as the position itself. Apply some of the same creativity you use at work every day, though, and you can come up with a document that does a great job of highlighting all your immense skills.