How Should You Explain a Bad Boss During Your Job Search?

If there was one thing about you hated about your last job, it was probably your boss. A Gallup poll found that 70 percent of Americans are not engaged at work. The number one reason for their disconnect? Bad bosses trained to crunch paperwork, not to develop beneficial relationships with employees. 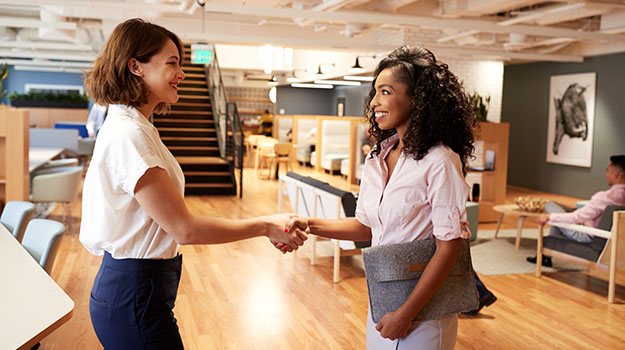 But now you’re free to search for a new job with a boss who can offer more than snide comments on an annual review. Problem is, hiring managers are going to ask why you left your previous position. How do you explain a bad boss as your reason for leaving?

Don’t have anything nice to say?

Then don’t say anything at all. When it comes to discussing bad bosses, the mothers of the world are on point. Unfortunately, if you’re asked during an interview or preliminary screening, the second part of this adage won’t help.

We’ll discuss what you should say below. For now, let’s go over what to avoid: negativity and dishonesty.

A rage-filled rant may make you feel better, but it’s a red flag in any interview. Grumbling about your previous boss comes across as insulting, ungrateful, and unprofessional. Any hiring manager will wonder why she should take a chance on you if this is how you treat others.

Don’t lie either. A made-up tale may offer a momentary reprieve from a difficult conversation, but the truth has a way of catching up with you—hey, the moms are right again! When it does, you risk your reputation and future relationship with the company.

Stay positive (no matter how difficult)

Full disclosure: Hiring managers don’t care about your previous boss or his managerial style. They’re interested in you. They want to understand how you handle working relationships and why you left your previous job. Your need to demonstrate professionalism on both accounts.

Start by being positive and honest. Positivity shows you to be an asset to the work environment, even when put under trying circumstances, while honesty safeguards your reputation.

You should also know what details to leave out. These include ceaseless conflicts, personal faults, and interoffice drama. Such information distracts from your skills and qualifications and shifts the focus of your explanation to your boss’s limitations. That’s not where you want the focus to be.

You can’t be honest, however, without mentioning you and your old boss’s disagreements. That’s okay. No two workers will see eye-to-eye on everything, and no hiring manager expects your last job to be a conflict-free zone.

Your strategy is to spin a past disagreement toward the positive. To do this, don’t focus on the problem. Focus on the resolution.

For example, say your old boss was a micromanager. He criticized every detail and refused to give anyone latitude for fear that a mistake would reflect poorly on him. You left because you couldn’t stand it.

Instead, discuss how you learned to ask pointed and direct questions. This helped you perform tasks to his specifications, and over time, he offered you more leeway because he knew you’d ask if you got stuck. It wasn’t much, but this change improved your working relationship and taught you valuable lessons. Now, you’ve decided, is the time to leave in order to grow your career and pursue new mentorships.

You aren’t calling your previous boss a monstrous control freak (though he was). You’re demonstrating you can overcome personal differences to work with others toward a common goal.

Moving on from a bad boss

Explaining that a bad boss was your reason for leaving is a job searcher’s nightmare. You don’t want to lie, but telling it like it is would seal your fate. You’re pulled between two extremes, and it’s difficult to find that middle ground.

The key is to realize that every story has two sides (and at this point, the mothers of the world deserve a writing credit for this one). Don’t assume your boss’s side of the story, but tell your side in a manner that shows your professionalism. Not only will you find the middle ground, but you may find some of the empowerment your last boss zapped from you.