How to Be an Effective Leader and Ally at Work

As all superheroes and office workers know, with great power comes great responsibility. Those in power are afforded the opportunity to lord their authority over other people for their own personal gain. However, if they are responsible and decent, they instead choose to champion for their coworkers whose voices are less likely to be heard. An ally is “any person that actively promotes and aspires to advance the culture of inclusion through intentional, positive, and conscious efforts that benefit people as a whole.” Ultimately, “allyship” as the buzzword goes, creates an environment of mutual trust and respect. Some of the best ways to be an ally when you are in a position of authority are outlined below. 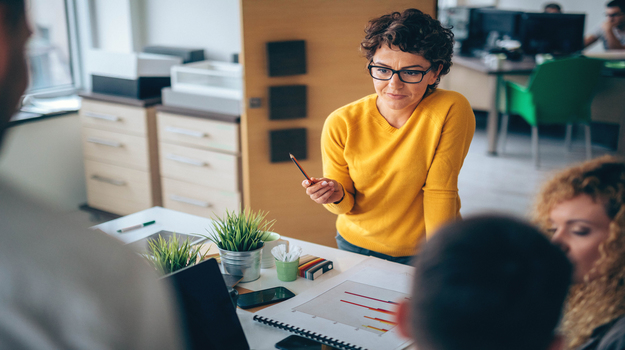 Marginalized groups and individuals often stay that way because no one with authority notices they are being treated unfairly. You may think your workplace is immune to discrimination, racism, sexism, bullying, and microaggressions. But considering how widespread these issues are, it is highly unlikely. For example, according to NBC News, “A new survey published by Essence magazine revealed that an overwhelming majority (93 percent) of Black women in the U.S. have experienced racism in their lifetimes and almost half (45 percent) indicated that the place they’ve experienced racism most frequently is in the workplace.”

You can increase your awareness through both observation and investigation. Becoming more in tune with your surroundings will require looking for and listening for the subtle injustices that need to be corrected. Let’s face it. You can’t right wrongs unless you know when and why they are happening, and to whom. Of course, not all injustices are subtle. There may very well be some coworkers who are clearly in need of advocacy and championing, but no one is stepping up to do anything about it. That is where you come in.

It takes courage to stand up on behalf of other people’s rights and privileges. But courage is a good thing. So embrace it. There are undoubtedly people throughout your workplace that could greatly benefit from your “allyship.” The transgender accounts manager who is always overlooked for a promotion is one example. Or what about the Muslim woman who is never invited to lunch with her coworkers, or the guy who has worked at your company for 40 years and is treated like he is ready to be put out to pasture. If you have the power to help these people have a voice and get treated with the respect they deserve, use it.  If you don’t, you are not living up to the “great responsibility” part of the equation. As diversity blogger Eli Sobel makes clear, “Allies know that it is their responsibility to continuously seek to understand their own privilege. They’re not afraid to leverage that privilege on behalf of others, even if it means sacrificing some of their own social capital in the process.”

You may have to do some deep soul searching and be willing to admit your own flaws for this part. It may be uncomfortable to acknowledge you have not always been part of the solution, but the truth is, all of us have personal biases that impact the way we interact with other people. And all of us have made mistakes. That is no excuse to shy away from self-improvement. If you want to be a true ally to the people in your office, you have to lead by example. You need to make sure you are more self-aware than you ever thought possible, so no one can question your commitment to being an ally and bringing about positive change.

You don’t have to be Spiderman to know that when you are in a position to help people in need, you should do it. You would want to be advocated for if the positions were reversed, and if you live by the golden rule, you really cannot justify sitting on the sidelines. It’s not always easy being an ally and a champion, but then again, nothing worthwhile ever is.