How to Answer: “Tell Me About a Time You Handled a Conflict”

Most interview questions ask you to discuss the positive aspects of your working life. You get to talk about your passions, hard-earned skills, and charming personality traits. But every now and then, a question takes a turn for the negative, potentially wrecking your whole enthusiastic vibe. “Tell me about a time you handled a conflict” is one such question. 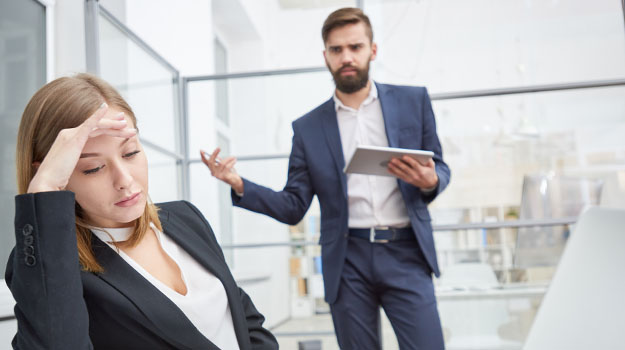 This question isn’t inherently negative. Yes, it deals with conflict and conflict is unpleasant, but if you know how to answer it, you’ll find it will keep your positive energy on track.

What the recruiter is really asking

The recruiter isn’t asking this question to make sure you’re perfect. She understands conflicts happen and are a part of everybody’s work history.

In truth, she isn’t even interested in the conflict itself. She doesn’t care who started it, who bears responsibility, or why you were justified in your actions. Such personal information is important to you (rightly), but it will prove distracting for the interview’s purposes.

The key word here is “handled.” The recruiter wants to see you can resolve conflicts in a way that’s both productive and beneficial for the company.

Focus on resolution, not conflict

You don’t want to focus on the conflict in your answer. Don’t fixate on the details or overemphasize emotions. Just provide enough information for the recruiter to understand the nature of the conflict and your work relation with those involved (boss, coworker, subordinate, client, etc.).

Place your focus on the resolution instead. Explain how you initiated the process. Then take him through the steps and compromises necessary to bring everybody together. Finally, explain the benefits of the resolution. Did it increase productivity? Improve a company procedure? Strengthen office morale?

Your goal is to impress the recruiter with your ability to improve a situation, not win fights.

A STAR to guide you by

“Tell me about a time you handled a conflict” is a behavioral interview question—that is, it asks you about a past behavior to predict your future responses. When confronted with such questions, a good place to start is the STAR method. Here’s a breakdown:

You don’t have to use this template step-by-step, but it does offer a promising start in crafting answers for this and other behavioral questions.

The once and future pacifist

A word of warning: Don’t answer that you’ve never had a work conflict before. Such a response comes off as insincere, and the recruiter may wonder if you have conflict avoidance issues.

Obviously, you don’t want to pick every fight that comes your way, but extreme conflict avoidance can lead to stress and strained intra-office communications. These negative emotions can then expand to impact productivity, mental well being, and company culture. As such, recruiters don’t look on it favorably.

It’s not about right and wrong

When discussing how you handled a past conflict, remember it’s not about right or wrong. It’s about a balanced approach, and your answer should reflect that.

You don’t want to blow a minor disagreement out of proportion, nor do you want to make anybody look bad (including yourself). You want to show the recruiter you understand conflicts happen, but you’ve developed the skills to take an active role in bringing those conflicts to resolution.