How to Advance if Your Job Has a Higher Turnover Rate

Many workers use their annual performance review as a time to make the case for a promotion. But in companies with a higher turnover rate, the person who performed your review in 2018 may be long gone by the time your 2019 review comes around. If your job has a high turnover rate, calculating performance metrics can also be difficult—especially if no one in your current position has lasted an entire year. 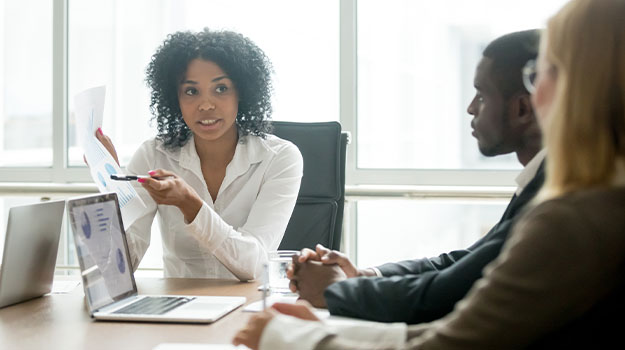 Here are steps to take to turn high turnover in your favor.

Since your current boss (and possibly even her replacement) may not last until your annual performance review, make sure to get any praise in writing. If the boss tells you in passing you did a fabulous job on a particular account or solved a problem with finesse, ask her to write a short memo and make two copies—one for your personnel file and the other for you to keep in case the first copy is misplaced.

Be proactive. If you complete a key project two days before the deadline, write your own note with the details and add to your personal kudos file. If a client writes or phones you with praise, commit that praise to paper and save it. If you have a good relationship with the client, ask him to send you an email and CC your boss, and remember to put the email in your file.

Keep in mind, you can’t count on your boss—and his email account—being around long term. You’ll need these files in 11 months when your newbie boss has no clue what you’ve been doing for the past year.

Don your cloak and dagger to find answers

Do some digging to learn why your predecessors left, why the bosses are leaving, and what the corporate culture is in general. Talk to the so-called old-timers. In this company, old-timer might equal nine months on the job but they’ll still know information newbies haven’t learned yet.

Your new old-timer buddy may tell you bosses in this company typically forget hallway conversations and don’t read emails. Now you know: paper memos are the only way to get your point across.

Or you may hear your immediate boss is the owner’s nephew, is insecure in his job, and covers that self-consciousness by blustering at the newbies. Your new responsibility is not to take his behavior personally and to do your best to make him look good.

When your job in particular has high turnover, you want to become the exception to the rule and last long enough to have an annual performance appraisal. If your predecessors were fired, ask the old-timers what unacceptable behavior, if any, led to termination and work to eliminate any similar behavior.

For example, you may feel like three minutes past the expected arrival time still counts as ‘on time.’ But if your company is made up of lots of former military members where 15 minutes early is considered on time and on time is considered late, you’ll have to make sure you’re at your desk before the stated clock-in time or you’ll soon be clocking out for the last time.

Or, you may learn the last person who held your position was fired for calling out sick too often. That doesn’t mean you should come to work with the flu and spread germs to your officemates. But the knowledge might lead you to be sure to get a doctor’s note, especially if you’re sick the first few weeks. To be a team player, you might offer to work from home if that’s possible in your position and you’re not too ill to function.

You may even learn an odd quirk you’d never figure out on your own. Perhaps, even though your boss has a supposed open-door policy, no one interrupts him on Wednesday mornings because that’s when he has a big report due for his own boss.

Become an old-timer yourself

Just because your company has a high turnover rate doesn’t mean you have to become part of that statistic. When you follow these steps, you can outlast the average and become an old-timer yourself.