How to Address Microaggressions at Work

Whether we are aware of it or not, microaggressions occur in the workplace all the time. Many of us have been offended in the workplace, and we have probably unknowingly offended others as well. No one wants to work in a hostile environment. But what are the best steps to take to address the volatile topic of microaggressions at work? Here are some helpful insights and guidelines. 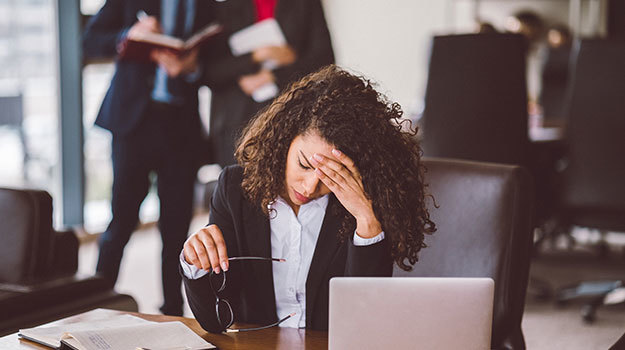 What exactly is microaggression?

According to Forbes, the definition of microaggression is “brief and commonplace daily verbal, behavioral, and environmental indignities, whether intentional or unintentional, that communicate hostile, derogatory, or negative slights and insults to marginalized individuals and groups.”

The fact that they are considered “micro” does not mean these slights are small or meaningless. It simply refers to the one-on-one nature of the interactions, as opposed to widespread systemic racism, ageism, sexism, and all of the other isms that marginalize people on a daily basis.

What are the dynamics of microaggression?

Some experts suggest microaggressions may be even more challenging to deal with than direct aggression because they are harder to effectively confront. It is much easier for people to say “I didn’t mean anything by it” when delivering a microaggression than an explicit attack.

Because of this, there is a widespread tendency to sweep microaggressions under the rug. Those who are offended do not want to be accused of making a big deal out of nothing or appearing difficult to work with. Those who witness the incidents are often afraid of stirring the pot or misinterpreting the situation. Therefore, majority of microaggressions are never addressed.

This absolutely needs to change, because when microaggression is ignored, it builds resentment and hostility. Every incident is like another drop of hot water falling into a boiling pot; and eventually, it is going to overflow.

What are the best ways to respond to being on the receiving end of a microaggression?

1. Own your feelings. No one has a right to tell you how to feel. If you feel offended by something someone said or did, don’t just brush it off as inconsequential. According to experts at American Psychologist, “not doing anything has the potential to result in psychological harm. It may mean a denial of one’s experiential reality, dealing with a loss of integrity, or experiencing pent-up anger and frustration likely to take psychological and physical tolls.”

2. Use controlled confrontation. Confrontation is not easy, but it is necessary. It is the way you handle the confrontation that will be the most notable determinant of the outcome. Try not to be accusatory. Simply explain to the individual that you were offended and why. For example, if you are Black and a white coworker says to you, “everyone has an equal chance to succeed. It’s all about hard work,” this is your chance to educate them. You may be tempted to attack them because you feel attacked yourself, but you will make your point much more successfully by using a rational, explanatory tone.

3. Have realistic expectations. There is a very good chance the person you are confronting will tell you to “lighten up” or spout a similar quip that denigrates the importance of what you just said. They are also likely to get defensive. Do not let that deter you from your mission of controlled confrontation and education. It is certainly not your job to educate people on what it feels like to be you. But if you are at least able to plant a few seeds of insight, you are taking a positive step toward affecting change. At the very least, you will feel better knowing you did not simply wish the matter away.

How should I respond if I am accused of microaggression?

If you are on the other end of this dynamic, take the confrontation seriously. Do not assume you have been misunderstood. In fact, assume the opposite—that if someone is telling you they are feeling offended, you can 100 percent believe them. Your intentions are not the issue here. The issue is that you (probably inadvertently) made someone feel “less than,” and you should acknowledge it and apologize for it. It is counterproductive to think that just because you would not have been offended by the remark or action, that nobody else should be offended either. We all have our own unique experiences. So own it and change it in the future.

Ultimately, awareness is the key to change. If people do not know they are being offensive, they are just going to keep on saying and doing insensitive things. By handling microaggressions in an assertive manner, rather than in a passive or aggressive (or passive-aggressive) manner, positive change can and will occur.