How Long Do You Need To Stay At a Job Before Moving On?

Statistically speaking, it’s highly likely you’ll hand in your resignation at work at some point in your life. According to the Mercury News, in early 2017, a government study showed that the “typical U.S. worker was with their current employer for 4.2 years last year versus 4.6 years post-recession in 2012, and 4 years during the last expansion in 2006.” Everyone knows that how you quit your job is important. But not everyone realizes that knowing when to do so is just as—if not more—important. So you’ve decided to move on? Read on for a general guide of quitting times that will reveal to future employers more about you than you might expect. 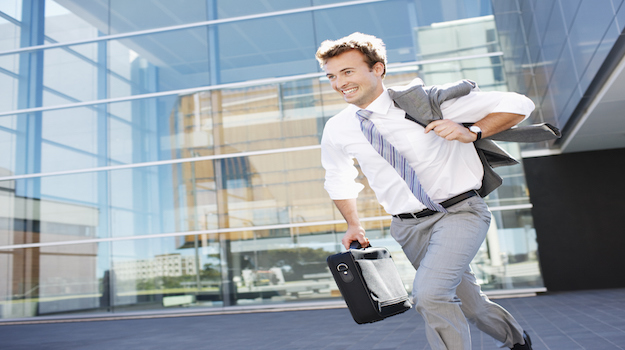 It’s safe to say you should avoid this benchmark at pretty much all costs. Most corporate offices have six-month performance reviews, and this timeline would indicate to a potential employer that you didn’t pass yours. You might want to consider sticking it out for a few more months (see below) or, if you absolutely can’t stand it for one reason or another, consider deleting it entirely from your resume. This could prove to be a particularly shrewd move if you have a follow-up interview at a different company fairly quickly after (or even before) quitting your current job, so the gap between employment doesn’t appear overly long or drawn out.

This is often considered the “socially acceptable” minimum at which to stay at a job. It suggests you at least passed the first six-month performance review and dedicated enough time to the company to really see something (a project, a sales goal, etc.) through. Just keep in mind, however, that just because one year is considered an acceptable amount of time to remain at a job, a string of one-year-only positions can be a red flag for future employers. Even though most potential employers would simply consider a one-year job as something that can happen to the most earnest employees, it’s still a blip on the radar—so make sure this amount of time is an exception to your resume, not the general rule.

If you’ve been at the same job for four years and decide to make a change, you can pretty much assume no potential future employer is going to bat an eye. This is a completely acceptable—and respectable—length of time to work somewhere. It shows proper dedication to the company, obvious competency at your specific job description, and a chance to show off what you’re capable of offering. That being said, this is a great point in your career at which to review your accomplishments: Are your responsibilities at work increasing? Have you earned a promotion? If you haven’t climbed up the ladder at all in four years, it might be worth putting in more effort to do so or making a job switch before the lack of upward mobility becomes questionable.

This is the point where you might seriously consider a change if you’re not moving on that upward track. Six years with no title change or improvement in responsibilities will probably make any potential future employer wonder if your talents are being wasted…or if you just weren’t motivated enough to try. If your position has improved in your company, even slightly, within this time period, you’re pretty much free to leave as you see fit. Not only that, but chances are you’ll be viewed more favorably since six years is plenty of time to show what you can do—and provides plenty of opportunities to point to measurable progress you’ve helped make for your current company.

It’s important to remember these are general guidelines for most major businesses. Obviously there will be wild fluctuations depending on the industry you’re in—the service industry, for example, tends to have a much higher turnover rate where a short time at a particular restaurant or store is less likely to raise concern. Government jobs tend to hang on to their workers for quite a bit longer, since they’re one of the last remaining industries to offer pensions for long-term employees. Ultimately, you have to do what feels right for you. Just keep in mind the pros and cons while considering when to finally say “I quit!”