The company you work for has changed hands like an Olympic torch. Only you never signed up for this race. Now you feel like you’re being dragged along the track with very little control over where you’ll end up or what will happen once you get there. But don’t panic. When the company you work for gets bought by someone else, it’s not automatically a bad thing. In fact, it could actually work in your favor if you know what to expect and how to handle the inevitable changes like a boss. Here’s some inside info that will help you face the challenges that lay ahead with confidence. 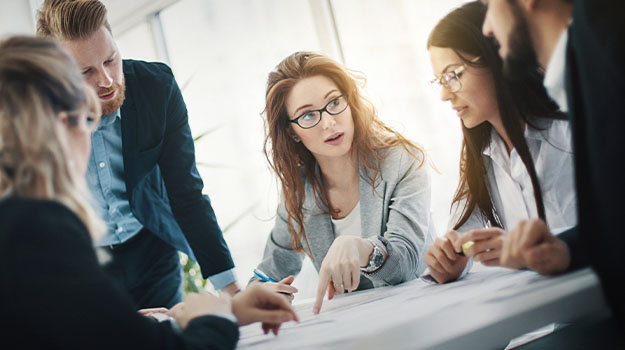 Expect a calm before the storm

It’s not like the minute your boss makes the announcement the company has been sold that a whirlwind of mayhem will sweep through the office and completely disrupt life as you know it. There is likely to be an intermediate period where things seem pretty much the same. At first, most of the changes will take place behind the scenes. So don’t expect immediate upheaval.

If your company’s leaders are emotionally intelligent, they will openly communicate with you and your colleagues about what is going on, rather than leave you twisting in a purgatorial wind. If your bosses are not communicating, you can always ask questions, and spend some time researching the buyer to determine how they’ve handled mergers and takeovers in the past.

Do they tend to keep employees on board? Do they take over gradually or make major changes all at once? Never forget that knowledge is power; and the more information you have, the more prepared you’ll be for what comes next.

The first thing the new owner is going to want to do is eliminate waste. Unfortunately, that can mean laying some people off, especially if the new company already has an identical set of employees in certain departments. However, if you’ve been a star at your job, you have a better chance of being kept onboard, even if it’s in a different capacity. No one wants to kick a superior performer off their team. So make sure your outstanding accomplishments are well-known and well-documented.

Whenever uncertainty comes into play, people are going to get nervous. There will undoubtedly be rumors floating around about what the new owners will be like, and how many employees they intend to let go. This can cause morale to plummet, meaning slowdowns in production and basically a big dark cloud hanging over the office. Do yourself a favor, and don’t get caught up in this cycle of negativity. If the new owners are planning to lay people off, they’re more likely to purge employees that are dampening morale and causing slowdowns over employees who are in good spirits and running at full speed.

Expect to be challenged

We’re not going to sugar coat it; when the company you work for gets sold, at least some amount of disruption is inevitable. You’ll face many challenges, both intrinsically and extrinsically, that will make life more difficult than usual. Depending on how high of a position you hold, it’s likely you’ll be scrutinized and questioned at length about the value of your position and your contributions to the organization’s bottom line.

This is your chance to show the new bosses just how exceptional and indispensable you are. Exhibiting your strength and your ability to face challenges such as this with self-assurance and vigor will go a long way in helping you to either maintain your current position, or move up to a better one.

Saying buyouts can be nerve-wracking for employees is a bit of an understatement. But there are ways to make it less stressful. Hopefully you’ll be kept in the loop about the important details. But if not, you need to take the initiative to gather as much information as you can. If you know what to expect, you are far more likely to land on your feet when the winds of change power through.