Groundhog Day! The Mistakes Hiring Managers See Over and Over Again

It’s Groundhog Day at the job interview. Sigh. Hiring managers see these same mistakes over and over. Avoid them, and you can move past repetitive mistakes and into a job. 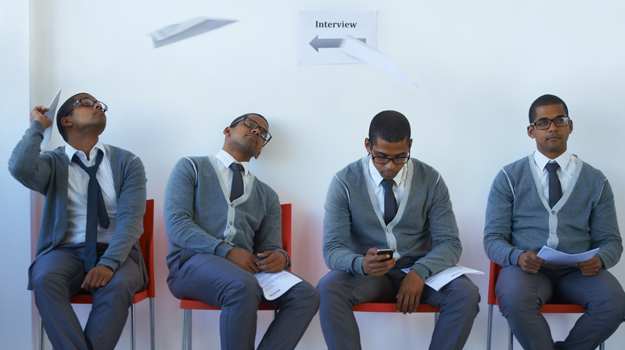 1. Lying On The Application

In today’s connected world, the truth will out even faster than in Shakespeare’s Merchant of Venice. “I will give people the benefit of the doubt, a second chance, assume they grew out of bad mistakes if they are upfront about those mistakes,” says one hiring manager. “But to check the box saying you’ve never been convicted of a crime: when I find out on a background check that you have been convicted of a crime, it’s an automatic ‘no-go’ for me. That’s even if most of the time, the crimes are not things that would have prevented me from hiring.”

Another lie that’s a turnoff—saying you’re employed when you’re not. “I get a lot of people who don’t want to admit they’re unemployed,” one hiring manager says. “They start a company and call it ‘Bob Smith’ (their name) Consulting.’ When you start diving in, it’s becomes clear they’re not really doing anything.”

Sharing on social media can cost you that next job. One hiring manager did a quick Google search on an applicant and hit what we’ll call no-pay dirt. “The applicant had posted this stream of consciousness series on social media that he was in a meeting, the meeting was boring, nobody was smart enough to even realize he was posting instead of paying attention,” the manager recalls. “He said they weren’t smart enough to realize what he did when he was supposed to be working. He also said he didn’t believe in working anywhere for more than a year. I remember thinking ‘You aren’t going to work here either,’ and moving on to the next application. If he hadn’t posted, he would have at least made the first cut to get an interview.”

3. Applicants Who Aren’t Prepared With Questions

Some applicants don’t do their homework before the interview. Although Woody Allen famously said, “80 percent of life is showing up,” a job interview is in the other 20 percent.

“The number one thing I see is people not being prepared to ask really good questions,” says a senior manager in financial services in the D.C. area. “Or, the questions they ask are only surface level. They’re demonstrating they’re not very inquisitive at all. It’s clear they haven’t researched the company.”

An example of a bad question includes: ‘What does your group do?’ “You should know that, the manger says. “That shows they have no clue about the position they’re interviewing for.”

Remember the job interview isn’t just about you. (Wait, it isn’t?!) The hiring manager wants to learn about you, but this also is your opportunity to learn about the company and its culture. “I see 50 percent of job applicants coming to interviews with nothing to write with or on,” one hiring manager says. “They make no attempt to take any notes. They think ‘there is no opportunity for me to learn anything.’”

5. Applicants Who Are In The Dark About The Company

Applicants who don’t even know the basics or most recent breaking news about a company signal they aren’t that interested, a hiring manager says. For example, a storm like Hurricane Harvey could impact businesses involved in home mortgages and insurance. “Gain a basic understanding of current events and how they impact the company,” a hiring manager says.

6. Applicants Who Won’t Shut Up

If you’ve been hanging out in your apartment alone all day, it’s flattering to sit across from someone asking questions about you. But talking too much in a job interview is a big turnoff. “I have people who go on for five to 10 minutes for a question that could have been answered in a minute,” one hiring manager says. “They talk so much you have to interrupt them to ask the next question. They would have gone on for 30 minutes.”

Some candidates think so highly of themselves they’re ready to revamp the entire company before they even get a desk, one hiring manager says. “You can tell in the interview they’ve already decided that everything we do here is wrong without any context at all. They’re jumping the gun and already talking about what they would do to fix it.”

A lack of humility often comes along with being a know-it-all. This person won’t admit to any mistakes on the job. “I ask candidates what is the biggest mistake you’ve made in your career,” one manager says. “What did you learn from it? What would you do if you could do it over again? I’ve had people not be able to articulate anything they’ve done wrong. That’s a big turnoff.”

9. Not Sending A Thank-You Note Afterward

“Two hundred people applied for my job,” he recalls. “Ten got phone interviews. Six of those got in-person talks. Four got second interviews and reference calls. Of that four, I was the only one who sent a thank-you note to all involved. It proved to tilt the balance in my favor.”

Be prepared before, during and after the interview. That preparation isn’t a guarantee of a job, but it will elevate you above the rest of the herd.