If you've spent any amount of time in D.C., you already know how important networking is to career growth. While stellar qualifications, niche skills, and extensive work experiences are important to have when seeking a job, it's often not just what you know that will land you the position—it's who you know. Whether you're just getting started with your first job or are already on a career track in D.C., you can benefit from growing your professional network and actively seeking out opportunities to meet new people. 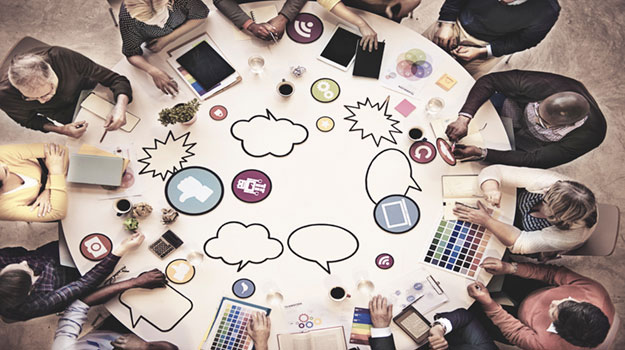 Did you know statistics suggest 70 percent of jobs are landed through networking? Other statistics indicate that figure to be even higher, at 80 or even 85 percent! Those statistics are hard to ignore.

If you currently don't have a network, you might be wondering where to start. Just how are D.C. job seekers meeting people? Here are some places to start:

People who routinely attend career fairs in D.C. make many connections. It's common to find job events taking place throughout the District, Northern Virginia, and Maryland. They're at hotels, colleges, and malls. You'll find general job fairs, but there are also specific ones geared towards certain groups of job seekers (former military, women, law enforcement) or specific industries (technology, engineering, health care). District-area locals often utilize job fairs as a way to scope out opportunities and meet new people. It doesn't matter if you're pursuing a job in business, healthcare, politics, tech, defense or science—you name it, there's something for everyone.

Instead of dashing out to the Metro at the end of the day, many people make an effort to attend work-related gatherings. For instance, there are typically holiday parties, dinners, gatherings, promotion celebrations (this is common in contracting jobs where people work with the military), ball games or other events that take place after hours, outside of work, or even during lunch hours. D.C. workers often build stronger bonds with bosses, colleagues, and clients by attending these events. Gatherings don't even have to be official, it's common to find people just meeting for lunch or coffee. If you're offered an invite, don't turn it down. And if you aren't getting invitations, consider sending some yourself.

Talent communities are growing in practice. Employers that want to grow their own networks will often launch a digital community that invites the public to join. These networks offer a two-way street that benefits both the employer and the job seeker.

Online networks are a great way for people link up with other like-minded professionals. Some local networks are region specific while others are national with local chapters. For example, local professionals find networks through websites such as Meetup.com and Eventbrite, to name two (and there are many others you can find by turning to search engines). Some of these websites list niche-oriented groups and gatherings where members can meet up in person by attending listed networking events. Remember, online networks are great but in-person meetings are far more memorable and, when it comes to the job search, will be more powerful and effective. You don't want to build your network solely online, but use the power of the Internet to get yourself introduced to other people.

It's all about relationships

Who you know doesn't mean going to an event and spreading your business card around or working the room to secure introductions. It means meeting people, growing professional friendships and working hard to maintain those connections. It involves building meaningful two-way relationships where you or the other person would be willing to stick your necks out to vouch for one another if the opportunity arose.

Some figures suggest a large percentage of jobs aren't ever even listed. Did you know that a study found there were 3.6 million job openings in 2012 and 80 percent of those positions were never advertised? How were positions in this "hidden" job market filled? Yup, you got it, they were hired from within or through personal connections. Many job seekers land their jobs because they were referred by a current employee.

So, what are you waiting for? Get started on building your network today.