Get Ready for Generation Z

They're a generation that lives life on multiple screens, flipping seamlessly between the virtual and real world on laptops, tablets and smart phones that they learned how to use at the same time as their sippy cups.

They're Generation Z, a group that will present both opportunities and challenges as they move into the workforce. 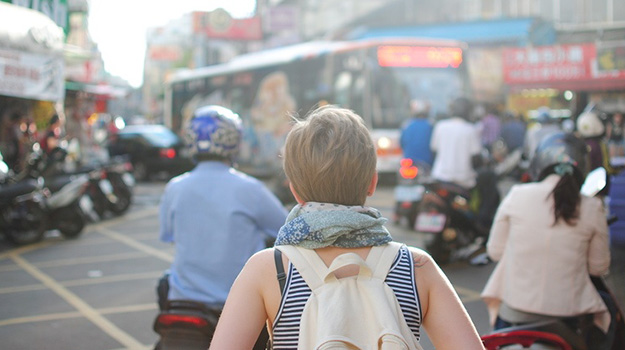 Depending on whose definitions you use, Generation Z'ers are those born anywhere between 1995 and 2000 or from 2012 to the present, making their oldest members 20 years old, in college or just entering the job market. While a clear picture of this generation and its values is still evolving-one thing is clear: this generation will command attention based solely on its size. By some estimates this generation is 60 million strong and could comprise 40 percent of the U.S. population by 2020, according to Generation Z 2025: The Final Generation a report published by New York-based advertising firm, Sparks and Honey.

So who are they? Are Generation Z'ers like the hoodie-wearing Millennials that came before them or their Generation X parents? Experts say they've got traits of both—the digital savvy, some might argue digital dependence of the generation before them as well as a real-world need for security and forward-planning, perhaps borne of their childhood with Generation X parents who muddled through a down economy, September 11 and the ever-present shadow of terrorism.

Early indications based on survey data show that this generation reports having a strong work ethic, a greater focus on personal relationships than Millennials and a desire to protect their future. But their technological tethers may make them more comfortable typing than talking, and they appear more interested in building their own companies than towing the corporate line. Nearly half, 42 percent, polled in a Northeastern University's national Innovation Imperative (http://www.northeastern.edu/innovationsurvey/pdfs/Innovation_Summit_GenZ_PollRes_KeyMess.pdf) said they want to work for themselves and 63 percent said colleges should offer more training on entrepreneurship.

Many members of Generation Z are already focused on making money through independent ventures, such as babysitting or selling items online, perhaps by necessity as jobs once held by teens go to older workers in a tight job market, according to the Harvard Business Review.

But while they may say they want to forge their own path, this group was also raised by a generation that suffered a major hit during recent economic downturns, and they took note. Some 70 percent from Generation Z say they would prefer employment that gives them security and stability over one that is less stable but allows them to follow their passion, which may ultimately dissuade many from going it alone, according to a survey of 1,001 U.S. students by Adecco called  Generation Z vs. Millennials.

For the Generation Z'ers that choose a more traditional job route, companies may need to adopt new strategies to encourage them to stay. Some 60 percent expect to have multiple careers before their 30th birthday, according to Sparks and Honey. Generation Z'ers also expect to job hop, with a majority telling Adecco they think a person should stay at their first job three years or less. Providing these new workers group with positions that allow them to grow, and giving them the rewards and recognition they've grown accustomed to growing up, may be the antidote to their restlessness, states the survey report.

While they may be difficult to hold down, it's already clear that Generation Z will be a great resource for businesses looking to expand their social media presence. This generation is adept not only at fitting in with their peers in the real world, but many already carefully curate an online image. And they may be savvier about online privacy thanks to the painful lessons served up to the Millennials.

But some fear this generation's love of online interactions has stunted their real-life relationships: 15 percent polled by Northeastern said they'd rather interact with friends online, and this may mean the businesses that hire them might need to do a little more training to buff up their interpersonal skills, according to Adecco.

For companies looking to attract this new generation of workers it's wise to search for them in the places they frequent, such as University Career Centers or online job boards, according to the Adecco survey. To attract them you've also got to move quickly. Living in a world of instant information has made them intolerant of long waits and left them with a reported 8-second attention span.

Whatever qualities and quirks they possess, there’s no question that Generation Z is on its way and businesses would be wise to get to know them.