Here's What You Need to Know About Generation Z Workers

We’ve gotten used to how millennials fit in the workforce, but now it’s time to welcome the next generation of coworkers—Generation Z (Gen Z, post-millennials)! This generation of around 61 million people was born after 1996 or 1997, depending on whom you ask, and many of them are recent graduates, eager to start pursuing their careers.

So what do you need to know about Generation Z and their role in the modern workplace? Here are a few vital insights that will help prepare you for this new influx of employees: 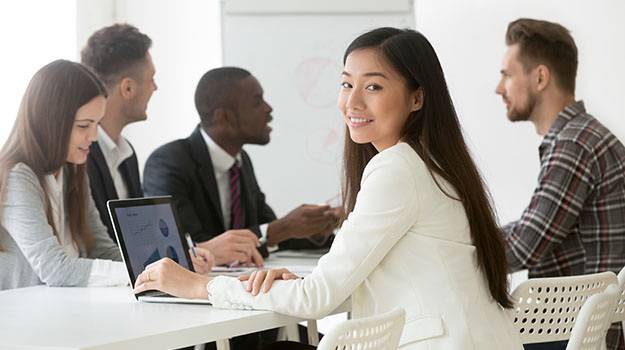 Generation Z is the most diverse workforce in American history.  According to the Pew Research Center, 48 percent of Gen Zers identify as non-white. Millennials were at 39 percent. The highest growth is among Hispanics and Asians. While Generation Z is more ethnically diverse, the number of immigrants has dropped considerably. Basically, this generation has a broad range of ethnicities, many of whom were born and raised in America. There’s also speculation this may be the most educated generation of Americans ever.

Success is like a carrot on a stick to Generation Z. This is not a generation that will be content in the same position for years at a time, with no new challenges or responsibilities. This doesn’t mean, however, that they’re likely to hop from company to company. They want to climb the ladder of success in a stable organization they can commit to for the long term.

They care about company culture

More than any other generation, post-millennials will make their employment decisions based on the organization’s culture. They’ve learned from their parents that they don’t want to work in an environment where respect is a luxury and waking up excited to go to work is an aberration. They may be young, but the last thing they want is to be babysat. Generation Z will thrive in an organizational culture that treats them like responsible adults, cares about their happiness, and appreciates their diversity.

They value people over technology

You might think technology trumps human interaction in an age where social media is omnipresent and people are glued to their smartphones. However, according to Inc. “Even though Generation Z is the first fully digital generation, they want human elements at work. In fact, 72 percent of Generation Z want to communicate face-to-face at work.” So while many of us have been anticipating a future in which most people work from home connecting only with their computers, it appears such a scenario might not be imminent after all.

While some previous generations have been accused of being oversensitive, Generation Z wants to hear the truth about their performance. This desire is most likely connected to their powerful drive to succeed. If there’s something they can improve upon, they would rather know about it than be kept in the dark. This generation has learned if you want to be the best, you have to know what your weaknesses are. While Gen Z is introspective, they know that sometimes it takes an outside source to really help you see the truth about yourself. According to a 2018 study, “Over 65% of Gen Z needs frequent feedback from their supervisor to stay at their job.”

Obviously, not everyone Generation Z is exactly alike. Especially considering how diverse the post-millennial workforce is, values, goals, and personalities are likely to vary considerably. But as a general rule, each generation has its own set of characteristics that define it. Be prepared to be wowed—in this case, you can expect a lot of maturity, drive, and compassion out of Gen Z.