Is Your Ego Hijacking Your Job Search?

Bragging. Speaking over people. Talking down to others. These are signs that your ego is hijacking your interview, and if this sounds like you, keep reading, because your behavior could be costing you jobs. 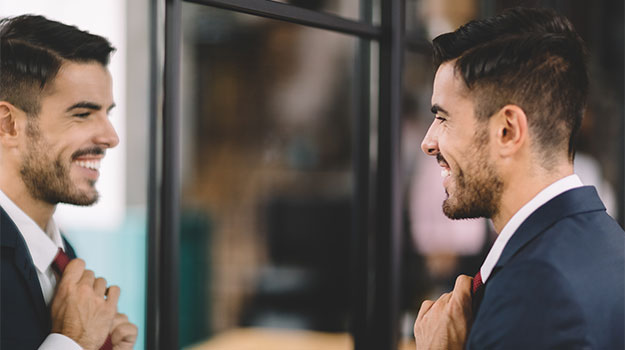 "Job interviews are about building relationships and demonstrating to the hiring manager—and anyone else who interviews you—why you are the best person for the job," says Anita S. Attridge, senior vice president of executive coaching and development for The Five O'Clock Club. But if you've got a big ego, you may be doing just the opposite of what you need to do to get the job, alienating the interviewer and making yourself appear hard to work with.

Companies today are increasingly looking for candidates that are a good fit for the organization's culture. Making the wrong hire can be costly, so they want to screen carefully.

Is Your Ego Overstuffed?

The problem is, many people suffering from an overstuffed ego don't know it. "People with big egos are often unaware of how they are actually perceived by others because their focus is on themselves, not how they actually come across to others," says Attridge.

While it's fine to go into an interview prepared to show off your skills and accomplishments, some people go overboard. "I talk to our students a lot about the fine line between confidence and arrogance," says Jeffrey D. Kudisch, Ph.D., clinical professor of management and organization for the Robert H. Smith School of Business at the University of Maryland. "Too much of a good thing can backfire."

Some signs you're on the wrong side of that proverbial line, says Attridge:

In the end, your behavior matters if you want the job. "How you come across to all the people interviewing you will determine your ability to move forward," says Attridge.

If you think your ego may be a problem there are some things you can do to bring it down to size and help yourself get the job in the process. First, focus on some important don'ts.

Don't listen to respond—listen to learn.

The egotistical interviewee will plow ahead and say whatever is on his or her mind, rather than responding to the interviewer's questions. Sometimes this means failing to change course even when the interviewer directly asks them to, says Kudisch. Instead, really listen to the question the interviewer is asking to give the desired response—not just the one you want to give.

Don't use I instead of we.

If you talk about all of your accomplishments in terms of yourself and never mention your team and how you worked with others, it may be a red flag for the interviewer, says Kudisch. Companies are looking for team players, not a one-man show. So be certain to offer credit for team efforts, by using we, instead of I, to talk about some accomplishments.

Don't be afraid to show vulnerability.

When an interviewer asks a question about your weaknesses or flaws, avoid non-answers such as, "I work too many hours," or "I study too much," says Kudisch. Not only is your answer a yawn, because everyone says the same thing, but it also shows you're not willing to take a risk. "I love to ask people, what is your most embarrassing moment, because it gets people to open up," he says. When someone won't, it may signal an ego problem.

Don't brag about your accomplishments.

Rather than bragging, let your victories emerge naturally during conversation, says Kudisch.

Don't let your body language speak for you.

"I had one recruiter who said ‘I won't work with that student,’" says Kudisch. "’In the interview they were invading my personal space, sitting forward in the chair using an overbearing tone.’" So keep in mind, your body language can say as much about you as your words.

How To Get It Right

So how can you ace that interview while keeping your ego in check?

Grab a partner and do a mock interview. Don’t just look to see if you’re answering the questions well, but ask yourself if you’re picking up social cues. Are you reacting to the interviewer's body language and facial expressions? Often a person with an ego problem isn't aware—or doesn’t care—how others are responding to them.

The best way to see potential problems is to watch yourself on video, says Kudisch This will allow you to see yourself as others see you and can help you modify your tone or behavior.

Come to your interview prepared by doing some research ahead of time, says Kudisch. Don't assume you know it all or can wing it. "A person with a big ego may minimize the amount of research they need to do for an interview since they may feel that their accomplishments are all that matters," says Attridge. "Researching the people who will be interviewing you can provide additional information about commonalities you have with an interviewer, which is always an advantage."

The best way to think about an interview—and to check your ego—is to remember that it's a two-way street. You're not in the interview to perform a soliloquy, you're there to have a conversation and build ties. This means asking questions, reading facial expressions, taking verbal cues, listening to the other person and most importantly, lea