Do You Have to Be The Hero in Your Career? Or...Is It OK To Be The Sidekick?

My sister’s husband is a big fan of comics and likes to say this: “Remember to always be yourself. Unless you can be batman. Then, always be batman.”

I had an opportunity to learn why.

A few years ago in the middle of a lengthy October work trip to New York City, I had a weekend afternoon at the Bronx Zoo with my sister, brother-in-law, and niece. At that time of year they held a “Boo at the Zoo” event where attendees wore their Halloween costumes. As the out-of-town visiting uncle, I was given a Robin costume to wear to my brother-in-law's Batman. 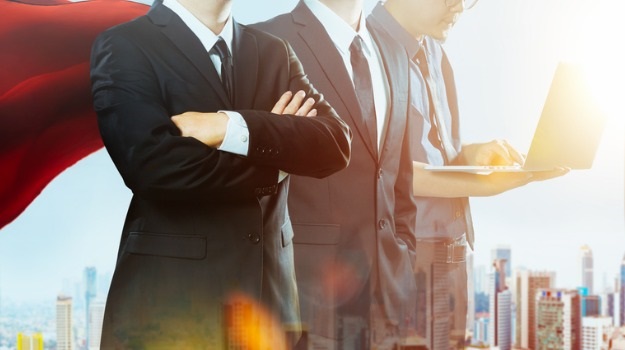 As the day continued, I found myself getting annoyed by the reception Robin received. As we walked through the zoo children and their parents would get excited when they saw Batman, often pointing or saying encouraging words. Meanwhile, there was no love for Robin. And I know it didn’t really matter. But it mattered. You know. I craved some affirmation! And there was very little as Batman’s sidekick.

And that’s something I often get people to think about as a career coach. The Merriam-Webster defines sidekick as “a person who helps and spends a lot of time with someone who is usually more important, powerful, etc.”

I’ve been a happy sidekick in my career, but it’s not an easy role for many people to fill. And to do it, you need to develop some self-knowledge. You need to think about your Batman. What is it then that makes for a successful Robin?

How do you want to spend your time? Are you given all of the roles and responsibilities that your leader doesn’t want? Or are you taking on things that you enjoy that may be outside their skillset or what you find most meaningful? Nobody wants to feel as though they are always taking on the less interesting tasks.

How much power do you have or want? Can you make decisions of consequence on your own or do you need approval? Do you feel like you have an ability to fully own projects? When there is disagreement about a solution where the answer can’t be determined, does your preference occasionally win? Is not carrying certain burdens or responsibilities a relief?

What is the recognition you need to receive internally? Does your boss get all of the recognition internally for projects that were chiefly your work? Do they thank you personally? Thank you in front of other colleagues? Does your salary and title reflect your achievements?

How widely do you need to be known externally? A majority of the Robins that I know prefer to be in their role, at least for now. Often, those who are unhappy want more recognition internally and externally. My desire to not be the visible leader has shaped my career. It isn’t a value judgement of whether that’s good or bad. It is just a decision I made about wanting to do certain work more than wanting to be well known or lean into certain skills that lend themselves less to the spotlight. Some bosses don’t share the spotlight well or view everyone as a potential competitor. It is sometimes the case that one person needs to be the focal point of a brand or effort, more often though, some piggies don’t like others at their trough. They may decide what scraps you get, when you get them and how grateful you should be for them.

How does this fit in with your goals? Is this role and what you are accomplishing aligned with a longer plan for yourself? If you aren’t thrilled with your current role, do you feel like there will be a moment—the launch of an initiative, the completion of construction—that you must complete to unlock access to opportunities or is meaningful to you for other reasons? Always check this assumption with others you trust to make sure your analysis is correct.

Who is your Batman? Many of the questions above are directed at what you aspire to in life and at work. The other big factor in all of this is the person who you’ve chosen to serve alongside. I know that the person in that role makes all the difference. Why does Batman lose his Robin? Typically, because of a few no answers to these questions:

It is also helpful to remember that outside of comic books people can move in and out of being the hero or sidekick. You have choices and that usually means trade-offs. Always know your goals and the trade-offs.

Personally, I kind of like being a Robin and wouldn’t want to have to be the person on the front page of the newspaper lighting up the world. Rather, I like being someone who lights up the people who light up the world. But this isn’t about me. Which will you choose?