The U.S. government is the largest employer in the D.C. metro area, and this doesn't include contractors hired to purchase supplies or to perform a variety of services. The opportunity to land government contracts attracts companies of all shapes and sizes to the region. In 1996, there were approximately 3 million contractors and, by 2017, this number had risen to 4.1 million. A good number of these workers are employed in or around D.C.

Let’s take a look at how the largest government contractors in D.C. have performed before and during the pandemic, and how they might be impacted in the future. 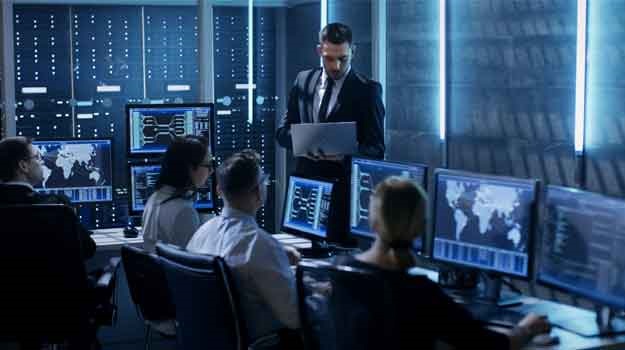 In the list of 200 federal contractors "by value of prime, unclassified contracts," in fiscal year 2012, 32 D.C.-area companies were awarded contracts, equating to 20 percent of the overall $513.3 billion awarded, with most of them located in Northern Virginia. In 2015, federal contracts took a dip which caused some businesses to lay off employees but have since recovered based on 2020's numbers.

Then the pandemic hit.

Historically, many contractors weren't heavily impacted by government shutdowns since the money to pay for their services was already allotted. As a result, people working on active contracts still had their jobs. COVID-19 was different compared to previous shutdowns. Once it became a factor, emergency declarations further bolstered the budget. With the passing of $2.3 trillion in stimulus money, contractors "sprang into action" to meet federal demands. This wasn't without challenges or problems.

During the pandemic, companies experienced supply chain issues, which were disruptive and caused delays in contract deliverables. Thousands of contractors also shifted to virtual work due to the limited capacity permitted in physical buildings. But classified work is difficult to do remotely, causing the government and its contractors to pivot to figure out how to continue "mission continuity" while maintaining COVID-19 safety protocols.

The government generally wasn't prepared or set up for this, which led to a scramble to figure out ways to continue operations and missions. Most companies, along with their partnering government agencies, experienced learning curves shifting to remote while maintaining their missions. Rotating shifts was one solution to keep building capacity under designated caps. This allowed people working with sensitive materials to come in on certain days to perform work while they performed unclassified work on their remote days.

Once the obstacles were overcome, overall, large contractors did OK in 2020, especially DoD contractors.

Going forward, government agencies will continue to need the services of government contractors. How much they'll rely on private businesses is the big question mark. Much will depend on the fiscal 2022 budget, which is still currently in the works. Signed contracts, which are often multi-year agreements, will finish the duration of their agreements, which means those workers remain employed during the length of their contracts.

Large companies currently working on contracts are likely to continue bidding on future opportunities. However, the memory of the pandemic is unlikely to fade anytime soon. Government agencies, now conscious of continuing operations, need to consider how they would take place in the event of another disruption. This may re-shape what specific jobs or workspaces look like.

What's next for the future in the contracting sector? Chances are jobs will be available, but how the economy shakes out post-pandemic will likely have an impact—for better or worse.

Considering working for a government contractor or just want to explore different career options? Take a look at our current listings.