Historically, federal government agencies have largely relied on private businesses to help fulfill their missions. This could be the procurement of supplies or to receive services of various kinds. Many contractors work alongside government employees. 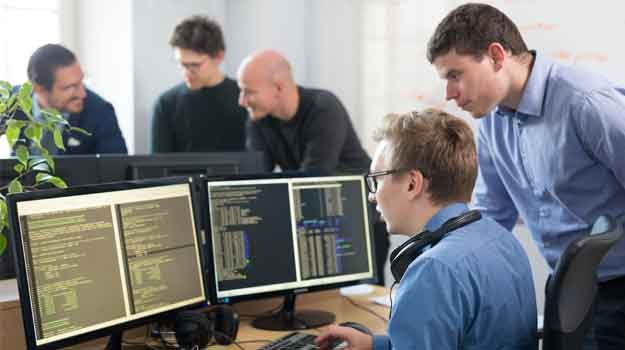 Small businesses play an important role in this structure. The U.S. government has stipulations that require a certain percentage of contracts either go directly to or be subcontracted to small businesses. This is done to ensure large companies don't "muscle" small companies out of the market. A common result is small businesses partnering with their larger competitors and working together to fulfill agency missions.

Let’s take a look at how small companies working on government contracts in D.C. have performed before and during the pandemic and how they might be impacted in the future.

In FY 2005, the U.S. government set a goal to source 23 percent of subcontracts to small businesses. It took a while for this initiative to succeed, but by 2013, it began to pick up steam. The DoD makes up a large portion of available contracts and, in FY 2018, $120 billion in DoD federal prime and subcontracts were awarded to small businesses, which created roughly 655,000 jobs.

Many government agency contracts have a "small business" component attached to their requirements, meaning the larger company landing the deal must subcontract a portion of the work to a small business. Doing so fulfills the government's criteria to award 23 percent of contracts to small businesses.

Smaller companies pursuing success in the government/DoD contracting space have needed to form relationships with the largest D.C.-based government contractors.

Like every other industry, the pandemic upended government operations which also impacted contract workers. Many employees working for small business contractors had to pivot with the strategies the agencies they worked with had devised. This involved transitioning to virtual work or a combination of working in the office and from home.

Others, mainly suppliers who worked on either prime or subcontracts, found difficulty maintaining their agreements. This meant scaling back costs which were realized in the form of letting employees go or putting them on part-time status. The conundrum was not having enough employees to fulfill contract obligations. Small business contractors working in knowledge areas didn't have the same struggles.

To prevent total disruption and aid small business contractors, the Department of Defense (DoD) began paying more for projects upfront. This, along with CARES Act money, helped small businesses stay operational. A year into the pandemic, most of these suppliers were still operating. However, they did struggle, and the true impact is still unknown. According to the Defense Logistics Agency (DLA), the agency has seen a decline in smaller suppliers participating in defense contracts.

The U.S. government, in conjunction with the Small Business Administration (SBA) is committed to giving small companies opportunities. In July 2021 the SBA announced the federal government "exceeded its small business federal contracting goal," awarding $145.7 billion (26.1 percent) in federal contract dollars to small businesses. This was a $13 billion increase over 2020. Eight agencies, including DoD, earned an "A+" from the SBA for these achievements. Overall, it added one million jobs to the U.S. economy, with a good percentage of them located in the DMV.

Going forward, the Biden Administration says it's going to increase the share of contracts awarded to small businesses. If this comes to fruition, these companies working in the contract space should see a boost in the future.

Companies not already partnered up with their larger counterparts might find it more difficult to tap into government contract opportunities. Small businesses may have to pivot their approaches going forward. For instance, they'll need to invest in building their pipeline through virtual forms of communication and workflow but still overcome the challenges of not meeting with key partners at in-person trade shows or other events. On the other hand, companies with an "in" already, are well-positioned in a post-pandemic world to be awarded lucrative contracts and be positioned to hire new employees.

Looking to see what job opportunities are currently in demand? Check out our current listings.