Many applicants think of a resume as a list of all the positions they’ve ever held from that first fast food restaurant job to their current role. What this tells a hiring manager: you warmed a chair. To really sell yourself and win in an interview, show what you've accomplished by crafting an achievement-oriented resume. 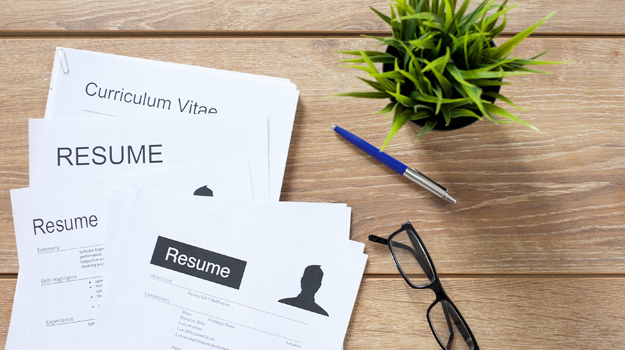 Before you start writing your achievement-oriented resume, brainstorm for accomplishments that are relevant to the job you’re seeking. Did you lead your company in sales for three years straight? That’s good info to include if you’re applying for a sales job. Did you develop and teach a successful seminar? Be sure to feature that seminar if you are switching from business to a career in teaching.

This resume isn’t just about you. It’s about the company’s needs. As you write, show you’ve done your research about what your target employer is looking for.

Good language to use: Look for the keywords in the job listing and make sure to include them in your resume.

This is not the time to be timid or humble. Save that for your first day at work. Hiring managers like people who take initiative. If you came up with the idea for a project, presented it to your boss, won approval, led that project, and achieved success, that project belongs on your resume.

One resume in particular attracted the attention of an educator who is hiring several hundred people for a new school in northern Virginia. The job seeker described presenting—and then leading—a fun, innovative, school-wide project that incorporated non-native English speakers. The event came in under budget. Students loved it. The principal loved it too and plans to offer the event again this year.

Saving money will get you attention every time. If you made a suggestion or developed a program that boosted the bottom line, sing out. If the money saved per year was equal to or greater than your salary, even better.

A staff member at a charity analyzed the energy bills and the way coworkers adjusted the thermostat. He realized his coworkers were turning the thermostat down when they left for the night but then turning up the thermostat five or 10 degrees as soon as they arrived at the office in the morning. That morning jump caused the building’s emergency heat to kick on, sending energy bills soaring. The worker suggested the simplest of low-tech solutions: a note taped beside the thermostat instructing workers to adjust the thermostat only one degree at a time. The small charity is on track to save several thousand dollars a year on energy use, about 15 percent of its energy budget.

Good language to use: Analyzed charity’s energy use and presented an easy-to-adopt solution that is saving 15 percent per year in energy use.

If you were the queen of the company suggestion box, work that in—especially if your suggestions improved production, profits or morale.

One worker at a major newsgathering organization (OK, the worker was me) suggested the company streamline weekend staffing. The boss shot down the idea initially, then suggested it himself six months later and took credit. The staffing shift enabled more news coverage during the week when events actually happened. Morale also improved because more employees had weekends off.

Good language to use: Presented staffing shift that, when adopted, freed up more workers for busy weekdays. Warning: don’t mention that the boss stole your idea in your resume. That makes you look small. Wait until you get an assignment to write about the workplace and slip it in there.

Most employers like workers who can see beyond the task at hand. If you can work beyond your job description and excel in a variety of tasks, highlight that fact on your resume.

Good language to use: As sales team leader, developed and taught training seminars for day-to-day sales and long-term planning. Filled in for marketing director during maternity leave and created innovative strategy that boosted online presence. Brainstormed with IT staff to develop an app that has built client engagement.

Some career experts recommend deleting summer jobs from your resume once you enter the ‘real’ workforce. Not so fast. Take a closer look at that summer job for relevant results and improvements you made. Then add those into your ‘adult’ resume.

“Were you promoted at that summer job and given additional responsibilities,” says Rusty Carter, managing editor of the Farmville (VA) Herald. “If you increased snow cone sales by 40 percent, that salesmanship might be useful to me.”

Good language to use: Snow cones sales increased 50 percent on my shift after I began describing the unique way our restaurant makes them to customers. The restaurant featured me in a training video for all employees that led to a 40 percent increase in sales, companywide.

Following these steps will get you the attention of the hiring manager and get you an interview while competing resumes wind up in the recycling bin. Be prepared in the interview to discuss your achievements and winning ways in greater detail. Then look for new achievements as you start your position!