Career Advice I Wish I had Known 10 Years Ago

Everyone’s career has peaks and valleys, and we all have times when we ask ourselves, “What if?” or “Is this all there is?” During a career crisis, it’s easy to look jealously at colleagues who seem to have it all figured out—but the truth is, behind every successful professional lies a path of twists and turns, self-doubt and lessons learned. 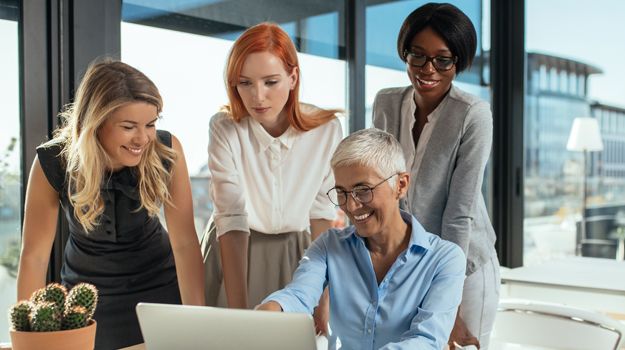 “Be flexible and willing to try something new”

Since childhood, Rob Coons had dreamed of becoming a local sports anchor. And he achieved that goal quickly after graduation from the University of Missouri. For five years, he worked in small-market TV, but eventually working his “dream job” started to feel tedious.

“I started to feel like I was stuck in a bit of a rut,” Coons says. “That feeling coincided with trying to make a long-distance relationship work and made it clear it was time to make a change for new opportunities in both my professional and personal life.”

Even though all signs pointed to “yes,” leaving broadcast journalism was still a difficult leap.

“I had a particular career path in mind from an early age, and letting go of that idea was difficult,” Coons says. “But doing so opened up a whole different world of opportunity and allowed me to advance my career in a way that staying in my initial path would not have.”

Coons enrolled in a graduate program at Northwestern University, and while there, he found a position with the university’s athletic video department. Fast forward eight years later, and he now serves as the senior executive director of broadcast operations for Northwestern University Athletics, where he’s the executive producer of the Emmy-nominated documentary series The Foundation: Northwestern Basketball.

“My primary focus has shifted from being on-camera to a lot of technical work behind the scenes of live productions,” Coons says. “The changes in expectations and responsibilities at my job has taken my career in a direction I never would have imagined back in college.”

“Be prepared to take advantage of unexpected opportunities”

Holly Surbaugh’s path from entry-level public relations professional to university science librarian includes a stop at her local public library bulletin board. Although she was a talented communicator, working in PR and marketing wasn’t making her happy, and in a tough job market, she found herself working two to three low-paying jobs to make ends meet.

“I struggled as an aspiring media professional in a way that went beyond normal day-to-day challenges,” Surbaugh recalls. “Every job has bad days, but I couldn’t even really appreciate the good days because it wasn’t a good match for my strengths and personality.”

In what she describes as a “happy accident,” Surbaugh visited the local library one day to apply for another marketing position online. While there, she spotted a flier posted to the bulletin board advertising the library’s need for new pages. She took the chance and applied, and one of her part-time jobs became shelving books at the library. Eventually, she realized library work would be a satisfying career, and she developed an interest in youth services, eventually pursuing a graduate degree in library science.

The student loan debt she acquired during grad school led to another career twist. Surbaugh began applying for any position for which she was qualified and was hired at an environmental consulting firm to support research teams and advise government and nonprofit clients on information and data management.

“Needless to say, it was very different from singing ‘The Itsy Bitsy Spider’ to toddlers as story time,” Surbaugh says. “But it fit surprisingly well, drawing on my training in research, information organization and communication equally. So don’t get too hung up on your current career trajectory.

“Keep an open mind, and really think about how your unique set of skills and abilities can apply to radically different environments so that you’re prepared to take advantage of unexpected opportunities. And go ahead and apply for a job when you know you’re capable of succeeding in that role, even if you’re not fully qualified on paper. Just know that you will need to work extra hard on your cover letter and interview to communicate a vision of yourself in that role that is compelling to the employer. Following this advice has landed me some job offers I felt stunned to receive, but everything has always worked out.”

“Pay attention—I found an amazing opportunity to get a post-graduate certificate in an emerging field for almost no cost just by monitoring my alumni email discussion list.”