Can I Ask My Current Boss For A Letter Of Recommendation?

Requesting a recommendation can be a delicate conversation no matter who you choose to ask. People are busy, and it’s always a little awkward to seek praise in the form of a letter. But the situation can get especially tricky when the person you want to write your recommendation is your current boss. Is that even something you should do? 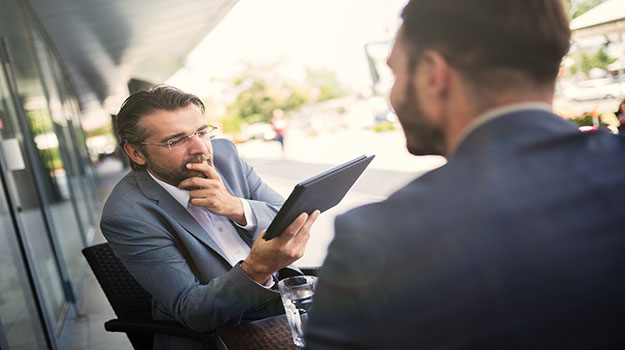 The short answer is yes. It’s acceptable to ask your current employer to write you a referral letter for a different job. However, there are some unique points to keep in mind before—and during—the process.

Keep Your Job Search On The Down Low…For Now

If you’re simply sending out resumes for open positions at various companies, don’t bother approaching your boss just yet. Hiring procedures, in most situations, won’t include requests for references until further along in the interview process, so take their lead, and proceed with discretion. Something you’ll encounter on many a job application is a request for permission to contact your current employer. Feel free (and we encourage you) to mark “no” at this time.

Give Enough Time…But Not Too Much Time

So we’ve established you shouldn’t ask your boss for a recommendation letter before it’s even requested by your potential new company. A move like this is an (extremely) awkward way of letting your boss know you’re unsatisfied in your current position—and in in her mind, makes you extremely replaceable whether or not your new job prospect pans out.

But now you’ve made it past the first couple of interview rounds. It’s down to you and a few other candidates. Now is the time to ask your boss—you want to give her enough time to actually write one without feeling rushed, and the chances are good you’ll actually get the position.

It’s very likely your boss will not be thrilled to learn you’re planning on (and hoping to) leave the company in the near future. That’s why it’s important to phrase your request as positively as possible. You want your boss to be able to look at this as a new opportunity for you, one he helped make possible by being such a great mentor. Mention how long you’ve worked for the company, some of the wonderful things you learned, and the projects you helped make successful, then mention you’re looking at a specific position at a certain (different) company to help advance your career. They won’t be as excited about the possible change as you are, but phrasing it as a desire to move up—instead of a desire to get out—will set the tone.

Prepare To Be Refused

Despite your perfect timing and positive pitch, it’s still possible your boss will say “no” to your request for a recommendation letter. In the face of whatever reason she gives you, accept the refusal graciously and respectfully (after all, you don’t want to make it uncomfortable on the off chance you wind up remaining at the company). Then start brainstorming different professional references who are less entrenched in your current work life.

Obviously, these tips are for those looking to unexpectedly leave their current positions. If you’re in an internship, temporary position, or other mutually agreed upon interim situation, you should have no hesitation in asking your current boss for a recommendation letter.