Are Millennials Choosing to Delay Finding Partners Due to Work?

Millennials have delayed finding partners until much later than their parents. According to Pew Research Center data, 1960 saw a record number of U.S. adults married (roughly 72 percent). That percentage has steadily declined ever since. By 2016, the latest year for census data, it had fallen to 50 percent, low even for this quarter century. 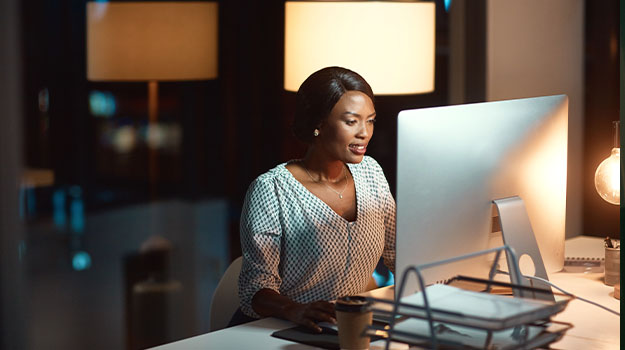 Of course, marriage is only one way in which people partner up, but millennials even cohabitate less than other generations, too. Another Pew survey found that six in 10 young adults live without a spouse or romantic partner.

Is work responsible for millennials’ delayed partnerships? The answer is yes. And no. And also, it’s complicated.

Even millennials that do marry wait longer to tie the knot. As Pew’s research shows, the average age millennials get hitched is 27 for women and 30 for men, about seven years later than their 1960s counterparts. The job market has played a hand in this trend, particularly by reducing millennial’s earning power.

Despite the U.S.’s overall economic prosperity, millennials earn less today than young people of past generations. As reported by The Washington Post: “In 1975, workers aged 25 to 34 had a median personal income of $37,000 in modern dollar terms. In 2016, that number was down to $35,000.”

Millennials are aware of the pinch and cite a lack of financial stability as a major reason for not marrying (41 percent of Pew respondents).

The roots of the problem are widespread. To name a few: millennials entered the job market alongside the Great Recession hit; economic inequality has grown; massive student loans account for a majority of millennial debt; and they must compete with a pre-established and educated labor force that is staying in the job market longer, lowering job availability while increasing entry-level requirements.

Nor is it a lack of thrift or acute budgeting. The Bureau of Labor Statistics notes that millennials are buying fewer assets—cars, homes, and even groceries—than previous generations as a matter of economic necessity.

The result of this financial instability? Marriage and other forms of partnership are becoming privileges for the better-off. Millennials say they want to marry or have romantic partners someday. Those who can afford it ultimately do. Those who can’t don’t.

Pew’s data supports this conclusion, finding that unpartnered adults are twice as likely as partnered ones to be living in poverty; non-whites are more likely to cite financial instability as their reason for not marrying; and the marriage rate has dipped most significantly for those with a high school education or less.

The times they are (still) a-changin’

Work and finances are important considerations, but they aren’t the only ones steering millennials to delay their partner searches. The main reason cited by millennials was that they haven’t yet found the right person (59 percent of Pew respondents). Another that they aren’t ready to settle down (24 percent).

Work may impact these reasons, too. Despite common stereotypes, millennials are workaholics. A survey by Project:Time Off and GfK found they are much more likely than baby boomers or Gen Xers to agree with statements like “I want to show complete dedication to my company and job” and “I feel guilty for using my paid time off.” It’s difficult to meet people when your job is always on.

Cultural shifts play their part, too. Millennials both incite and abstain from hook-up culture more than previous generations. While many may want to marry someday, they view it as less of a priority. And more millennials take the time to develop a strong sense of adult identity outside of marriage.

Good things come to those who wait

The millennials’ wait-and-see approach may pay off for them in the end. Dr. Philip Cohen, a sociology professor at the University of Maryland, analyzed America’s divorce rates. He found it had declined by 18 percent in 2017 because millennials were less likely to divorce than baby boomers. He surmised this was because they waited longer, had more education, and were less likely to have children before tying the knot.

Millennials may be delaying finding partners due to work and other cultural considerations, but when they finally find one, it seems they are more likely to find a love that lasts.