Job seekers face unprecedented times. After a rough year that saw many beloved retail, hospitality, and tourism venues temporarily shuttering their doors, it appears as though everyone is ready to get back to normal. Not only that, but with the holiday season right around the corner, business is positively booming—and the companies leading the charge are offering innovative benefits to fuel the uptick in business. If you’ve ever considered dipping your toe into the service industry, now is the moment you have been waiting for. 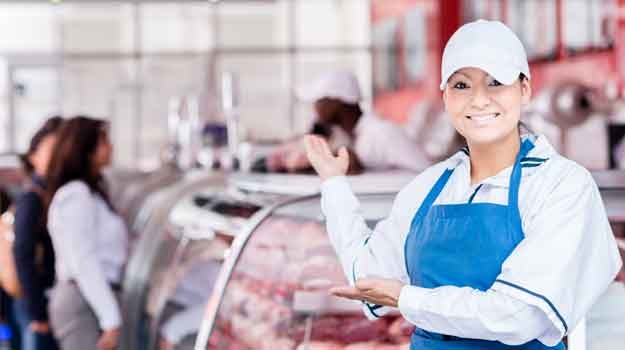 As 2021 marches toward its close, the service industry suddenly finds itself one of the hottest job markets around. Whether it’s fast-food chains, local dive bars, mega clothing stores, independent boutiques, or upscale hotels—if you have an interest in it, there’s likely a position waiting for you. The chain restaurant Applebee’s is looking to hire 10,000 people this year, and the kids’ entertainment behemoth Chuck E. Cheese is not that far behind with a goal of hiring 5,000 new employees. And these corporations are not alone when it comes to mass hiring.

Just how good is the job market right now for those looking to join the service industry? After dropping 63 percent in the spring of 2020, the U.S. Bureau of Labor Statistics reported that 355,000 new hospitality jobs were added in the spring of 2021—with about 286,000 of those being in the restaurant and bar sector alone. Retail jobs are also exploding. Business Insider discovered these kinds of positions have been increasing around 62 percent from month to month after analyzing both government data and the five leading job posting websites (Flexjobs, Indeed, Joblist, Monster, and Snagajob)—that comes to about 42,000 jobs every thirty days.

But it’s not just giant retailers that need staff. Inc.’s list of the 5,000 Fastest-Growing Private Companies in America showcases some D.C.-area establishments that are boasting quadruple digit growth, including Cameron Seafood (2,530%) and catering/food delivery company HUNGRY (1,127%). The chances are high you’ve seen plenty of “Help Wanted” signs in your local neighborhood. Depending on your individual skills, talents, educational background, and area of enthusiasm, it’s almost guaranteed there’s a service industry position out there that can meet your needs.

Alternative incentives are now on the table

What are the most in-demand positions open right now? Most sit-down restaurants are looking for servers to wait on tables, hostesses to seat customers, and bartenders to whip up cocktails. Retail outlets are pursuing sales associates and cashiers (sometimes called “guest advocates”)—this includes year-round positions but especially applies to the lead up to the seasonal holiday rush (aka: right now). Hotels are mainly on the lookout for front desk agents to help check in guests, as well as housekeepers to tidy the rooms after a guest’s departure. These types of jobs were long the realm of minimum wage, but the events of the last year and a half have shaken up the industry and resulted in some monetary and cultural shifts that have never been seen before.

While manual service wages have fairly consistently seen a slow and steady increase over the last few years, the U.S. Bureau of Labor Statistics reports they’ve now outpaced “white-collar” jobs in terms of wage growth for the first time in thirty years. While the minimum wage may not have been officially increased, many companies are taking it on themselves to raise hourly rates in hopes of luring talent. The famous sports apparel brand Under Armour increased its minimum wage for retail workers from $10 to $15 per hour. Mexican fast food chain Chipotle is also increasing its workers’ minimum wage to $15, while McDonald’s is hiking theirs up by 10 percent. Daniel Zhao, senior economist at Glassdoor, told CNBC these pay increases signal a long-term shift in wages. “If they perceived this as just a temporary, pandemic-time shortage, then they would just rely on one-time bonuses or hiring bonuses,” he says.

But money isn’t the only thing on offer as companies are taking new and innovative strategies to hire employees. With fierce competition for a limited pool of workers, many corporations in the service industry are beginning to think outside the box. The New York Times reports that luxury hotel chain Omni Hotels & Resorts is not only offering a $250 signing bonus and a $500 retention bonus at the end of the season, but also gives new employees three free nights at any Omni hotel. They have reserved hotel rooms specifically for summer employees to live in, so there’s no concern about having a place to stay while working. The incentives continue for those working in the kitchens, as Omni gives each member of the culinary team a free set of knives and a weekly meeting with the executive chef as a type of mentorship program.

Corporations are now being forced to recognize that workers have families and aspirations outside of the workplace, which has resulted in some unprecedented perks. Companies such as Giant Food offer tuition reimbursement, while Chuck E. Cheese has recently expanded its scholarship program. Applebee’s offered free appetizers to anyone who sat down for a job interview.

The retail, hospitality, and tourism industry has also upped its game for those looking not just for a job, but for a career. Omni, for example, offers guaranteed admittance to its management training program for any staff members who stay on at the hotel after the summer season. Washington, D.C.’s, “Hot Jobs” list recently included the role of “food service manager,” with an average salary of $69,030 per year with a high school (or equivalent) degree.

With such a hot job market, now is the time to quickly climb the ranks within the service industry if you have an interest in making this your life’s work. But even if you’re only in it for a (holiday) season, the opportunities are truly endless.