All Your Colleagues Are Leaving the Company. Should You Too?

There is some speculation that leaving a company can be contagious. People often exit organizations in waves, so it’s not surprising that when your colleagues start walking out the door, you’re tempted to follow. But before you make a life-altering decision based on what other people are doing, take a breath and think about what leaving would mean for you. Here are three vital questions you need to ask yourself before jumping ship. 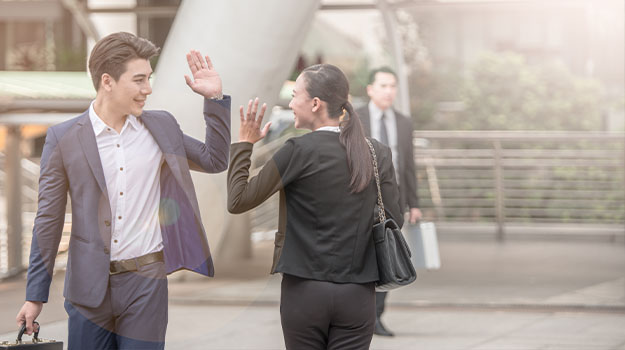 1. Ask yourself: Why are they leaving?

You may think if several of your coworkers are leaving, there must be some major red flags you’ve missed. Is the company about to go under? Is the pay horrible compared to other corporations? Are you in a dead-end job? In reality, any or all of these conjectures may be true. However, don’t automatically assume there is something wrong with your organization just because a few of your coworkers decided to move on at once.

It may be just a coincidence. Or, it could be because people are easily influenced by the actions of their peer group. Studies have shown that when colleagues quit, it causes others in the same peer group to reassess their situation. They may feel excited by the prospect of starting new somewhere else, even if they’re not particularly unhappy in their current position.

What many people fail to remember is that starting over can be pretty stressful, and quitting is a decision that can bring regret if it’s done on impulse, without clear and logical reasoning.

So don’t automatically assume if several of your coworkers are leaving at once you should follow suit.  Instead, conduct some research. Your best bet is to talk to the coworkers who left and ask them why. If you’re not satisfied with their answers, try to find out if there is a chance the company might be failing or is about to be sold. Look up average salaries on the Internet. Pay attention to how often people are promoted from within. If you don’t see any red flags, don’t create them.

Nobody is completely satisfied with every aspect of their job or their employer. However, if you’re generally pretty content at your company, you’re one of the lucky ones. Don’t take that fact for granted.  If, on the other hand, you dread coming to work each day and every minute seems like an hour, it may be time to move on. If you decide to seek employment elsewhere, let your own level of satisfaction be your guide; not the actions of others.

3. Ask yourself: How does their absence impact me?

Coworkers suddenly departing can impact you in several ways. On the negative side, it could mean your workload is about to double until new employees are hired. It could also mean you’re losing some good friends who you really enjoyed spending time with every day. But on the positive side, if you didn’t like the colleagues that are leaving, you’re finally free of them. And if any of them had positions you wanted, this is your chance to slip in. Ultimately, you might want to wait a bit to see how your situation changes before making any decisions based on speculation. What you think could be a disaster could turn out to be a blessing, and vice versa.

It’s understandably a bit unnerving when several of the people you’re used to seeing every day are suddenly gone. And it’s perfectly natural to ask yourself if you should think about leaving too. You may decide you should, and you could come to the conclusion it’s a better idea to stick around for now. The important thing to remember is not to make the decision hastily. Conduct some research, do some soul searching, and give it some time before you start playing follow the leader.