Advantages of Being a Military Vet

Highlighting your military accomplishments on your resume should be a no-brainer. But in order to properly do that, you must first realize the advantages you have in being a military veteran in the first place. It can sometimes be difficult to translate what you learned in the military into marketable civilian job strengths, so here are a couple of ideas to keep in mind while polishing up that resume and preparing for job interviews: 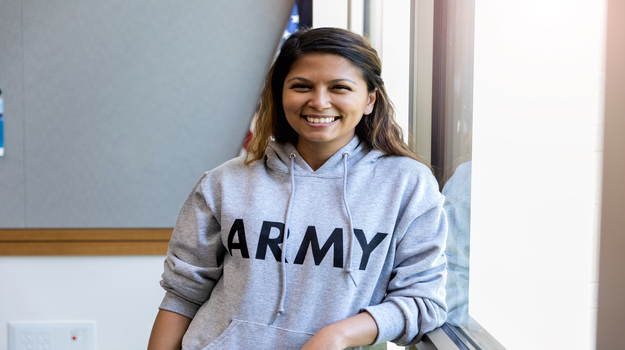 Military veterans have their share of responsibility during active service, which means you’ve been in charge of everything from assignments and supplies to your own conduct. This type of answerability lays the foundation for the makings of a great leader. Whether you’re put in charge of a small group of mentees or a large team, vets usually have no problem taking charge and making sure everyone knows his or her role in the project.

On the flip side of leadership lies the ability to be a great team player. Military vets are used to working in sync with a group of people who may come from vastly different backgrounds and experiences. This is a distinct advantage to companies looking for team players who can work seamlessly with those who hold differing ideas or inspirations. With diversity being such a focus in the corporate world, this characteristic can be viewed as especially advantageous.

While people who have never served in the military may find day-to-day office life stressful, it’s a completely different type of stress—one that military veterans can likely handle with ease. As MetLife points out, “veterans have to perform their jobs under some of the most stressful situations imaginable.” So, a tight deadline or annoying coworkers? It probably won’t even register on the stress radar.

Military veterans often have some sort of experience with technology. And we’re not just talking computers—the American armed forces have access to some of the most sophisticated technology available anywhere in the world. That type of exposure, however minimal, can often lend itself well to a variety of different tech-oriented civilian jobs in a wide array of fields.

Responsibility is not just a catchword for military veterans. Business Insider quotes retired Marine sergeant and current hiring manager Jon Davis as saying, “Military people get responsibility because when they were very young there were serious consequences to the decisions they made.” This translates to a unique sort of respect and seriousness when it comes to making decisions pertaining to the workplace.

Most people believe intuition is simply a natural feeling that some people get—and some people don’t. The military, however, knows better. According to Davis, intuition is treated as a skill—a skill that is taught to all its recruits. What employer wouldn’t be interested in hiring someone with a sharpened sense of intuition when it comes to time-sensitive decision making?

Looking at the big picture

A military veteran must be able to view the world through a “big picture” lens in order to get the job done during active duty. That type of broad perspective can prove to be unique in today’s work environment­—and valuable. Coming at projects with an overall broader scrutiny complements those who tend to view things from closer to the ground. Together, those frames of reference can form a complete and successful picture for any type of project or problem that needs solving.

There are plenty of reasons companies should be hiring military veterans. While the actual hiring decision may not be up to you, there are definitely characteristics you can highlight on your resume and during job interviews that have been improved and honed during your time in active duty service—these characteristics will serve you well in a variety of jobs, and employers need to hear about it.