Most people looking for a new job hope for a higher salary. Sometimes, though, a job offer comes with a pay cut. But that pay cut doesn’t have to be a deal breaker. Here are questions to answer before agreeing to a lower paycheck. 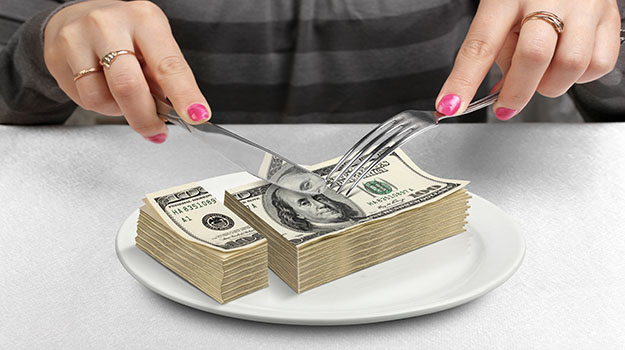 1. A Better Paying Job That Disappears Is Not A Good Deal

Which position offers better job security? If your current situation doesn’t offer long-term prospects, a role in a more stable company or sector could be an excellent career move even with a pay cut. That could be the case if your current job is funded by a grant, if you’re in a position as a contractor, or if the entire industry is on shaky ground.

“I took a pay cut to go from working with a private contractor to a civil service job,” one worker said. “The job with the contractor was too uncertain, and I felt I was gaining job security when I went to work for the federal government.”

2. Time And Quality Of Life Is Worth Money

Does your current job or potential gig offer more flexibility? Whether it’s the boss, corporate culture, or day-to-day tasks, some jobs require you to be in your chair from 8 a.m. to 5 p.m. with a one-hour lunch precisely at noon. If you long for more flexibility in your life—to be home with your teenagers in the afternoon, to care for an aging parent, to work when you’re most productive, to work at home one day a week, to work alone with no distractions—a job with more flexibility can be well worth a pay cut.

One worker took a 20 percent pay cut to become a school social worker. Her hourly rate didn’t change much because she worked 35 hour per week compared to 40 and had summers off.  In the new job, her schedule aligned with her son’s school schedule. She also got more job security, a better pension, and a shorter commute.

“I did give up more chances for advancement and a rewarding career,” she said. “But I wanted to be more available for my middle school child, who was too old for a sitter but too young to be unsupervised all summer. I’d probably do it again.”

Rating: very good move. You’ll never regret the time and memories with a child or the chance to control your own time.

Which job keeps you on the road longer and/or at worse times? When you’re doing a cost-benefit analysis of your pay, don’t forget to include the cost of the commute. One tech worker took a lower-paying job but cut his commute from 35 minutes to five minutes each way.

At $30 an hour, that’s an extra $150 a week on time alone. When you add savings on gas or subway and bus fare, you could save another $50 a week. Then factor in your improved mood after spending less time traveling.

Rating: Excellent move. Other commuters thank you too.

4. Compensation Is More Than Salary

Which job shows more love beyond the pay package? Some workers are willing to take a pay cut in exchange for a better retirement plan, improved health insurance, and other benefits. The savings from these benefits could far outweigh an initial lower salary.

Better benefits influenced another worker to leave a well-paying job and take one that paid less. As luck would have it, he was hit with a medical crisis in the new job and his new health insurance paid the tab.

5. Getting Out From Under A Micromanager Is Priceless

Which job gets a boss off your back? Taking a pay cut could be worth it to get out from under a micromanaging boss or inflexible work environment. One worker took a $5,000 pay cut to make his escape.

“I was with a development team under accounts receivable at an HMO, which is the most regulated department you could imagine,” he said. “It required no fewer than 12 signatures to authorize even the most trivial of code releases. Leaving was not the most difficult career move I’ve made.”

6. An Abusive Boss or Coworker

Some bosses and coworkers cross the line from micromanaging to harmful behavior. One worker experienced an avalanche of abuse at the hands of her boss and coworkers, including damaging her personal property and consistently mocking and criticizing her. The mistreatment eventually led to heart issues and a nervous breakdown. Three days after leaving for a much less stressful new gig, her blood pressure had dropped from dangerous to very healthy.

When you weigh job offers, money is important. But money isn’t the only thing you need to examine. Consider the benefits package, commute time, and overall quality of life before you turn down a new gig with a lower salary.