5 Things We Learned About the Job Market in 2017

The overall U.S. economy continued to grow throughout 2017, making it a hot market for job seekers, but downright lukewarm for salary increases and other compensation. 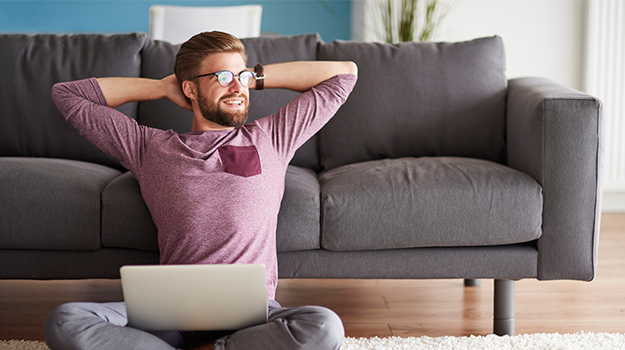 Overall, employers were “far less willing to negotiate richer packages when making job offers,” says Roy Cohen, career coach and author of The Wall Street Professional's Survival Guide. “It may be a byproduct of a mobile Millennial workforce; a generation of employees who will leave a job opportunistically and with few regrets. Fewer companies will pay a premium for talent. In fact, less than a perfect match is now the norm.”

Despite falling unemployment, a wage growth of lower than 3 percent marked one trend that experts predict will continue into 2018. In May, the unemployment rate dipped to a 16-year low of 4.3 percent, according to a Labor Department report. Still, wage growth remained listless except for lower-wage workers who saw their incomes increase.

Other 2017 market trends include:

Working from home is becoming an attractive perk, and all levels of professionals are starting to look for remote-work opportunities to improve their work-life balance, said Debra Boggs, cofounder of D&S Professional Consulting. To respond to demand, many employers are offering half-remote or full remote positions either in the job posting or as part of the negotiation process.

Research shows that workers are more productive and happier when they have a work-from-home option. Remote work, with flexible schedules, especially appeals to older employees. Gallup polling has found that 74 percent of adults plan to work past retirement age. Most—63 percent—plan to work part time and 11 percent full time. In 1995, only 14 percent said they'd work after 65.

Estimated to be about 34 percent of the workforce, the gig economy is predicted to rise to 43 percent by the year 2020, according to an ongoing research project between Intuit and Emergent Research. New government data on freelancers won't be released until 2018.

Global consulting firm McKinsey found that about 68 million freelancers exist nationwide. Most of the freelancers who work independently by choice report feeling happier than working a traditional job. Still, more than one-third or nearly 20 million gig workers said they do the work because of limited options, McKinsey found.

Increasingly, employers will hire teams composed of long-term and freelance employees to avoid offering benefits or to handle short-term projects on a case-by-case basis.

Last year, “M&A deal volume was up 19 percent compared to 2015. The trend has continued in 2017 with Amazon buying Whole Foods and QVC merging with HSN. In recent weeks there were announcements of Nestle acquiring Sweet Earth Foods and a stake in Blue Bottle Roast, among others," she says.

“As the playing field continues to shift, CPG/FMCG companies are turning to outside resources to partner with their lean internal teams to build out the pipeline for growth. This is what we do at Sprout—we are the external partner for in-house teams that companies utilize and build teams around as they remain pensive in expanding their organizations.”

Transferable Skills Are In Demand

“Regardless of the field someone is in, these skills can be showcased and utilized across the board for whichever field they are looking to break into,” says Amanda Oliver, a content and brand strategist at OrionCKB, who graduated law school in 2012, and worked as the executive director for the Carolinas Chapter of the American Society of Interior Designers before joining her current organization.

Wages did not rise the way they should have in 2017 and for some employees that means speaking up. “No employer wants to lose a valuable employee while they are struggling to find other talent,” says Heather Monahan, workplace expert. “Leveraging your talents and the timing of your ask is key in getting your raise.”

On the cusp of 2018, it’s time to take stock in what you’ve learned about the job market so far to help you in your current position or assist you in moving on.