5 Things Recent Grads Need to Know about Entering the Workforce

Finding a job as a new graduate can sometimes be a scary prospect. You’ve got the whole world ahead of you, how do you gain a foothold? Read on for five things you should know before stepping out: 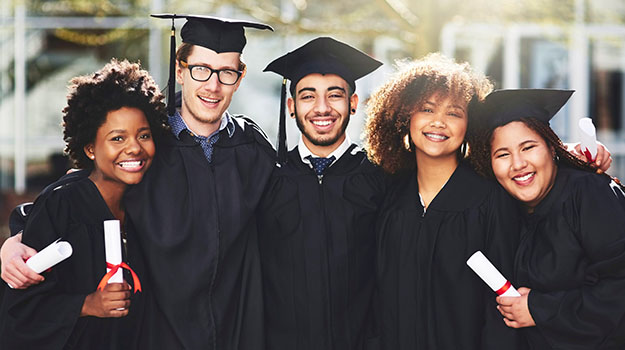 1. Your first job matters more than you’ve been told

The age-old wisdom has always been to just get a foot in the door by simply getting a job—pretty much any job. Research has shown, however, the idea that a first job is simply the first step in a long line of jobs is outdated—and more harmful than we thought.

Quoting data from the Strada Institute for the Future of Work; Burning Glass Technologies, a workforce analytics firm; and Handshake, an online platform comparable to LinkedIn, The Washington Post reports that two-thirds of college students who are underemployed at the time of graduation find themselves still underemployed five years later, while 10 years later finds 74 percent still underemployed.

So what does this mean? Don’t prepare for your third or fourth job—act as though your first job will be your last, and fine-tune your skills, internships, and undergraduate research accordingly. Think big right off the bat and you’re likely to go further.

When writing your resume, don’t panic if you don’t have typical “work experience.” Instead, focus on the experiences you’ve had in which you gained the kind of skills your potential employer wants and needs. CNBC cites career expert Amanda Augustine when pointing out everything from internships and professional groups to volunteer experiences and senior-level research papers can add up to that magical “three to five years of experience” you often see on job postings.

3. Know what you want

This sounds like an obvious and simple concept, but you’d be surprised at how many graduates think they know what they want without actually doing the research to make sure the dream job in their heads matches the dream job’s realities in the workplace.

According to Forbes, new graduates should spend time thinking about what’s important to them in terms of life and work, then make sure the jobs they apply for reflect that. Meet up with someone in the industry you’re interested in to find out the day-to-day responsibilities, study job listings for said career (or similar ones) to understand exactly which skills are needed and which are preferred, and join professional societies to connect with others who know more about the industry than you do. All of this will ensure you have a firm (and realistic) grip on what will make you happy.

4. Networking is just as important (if not more) as your resume.

Whether it’s fair or not, who you know is often just as vital as what skills you’ve acquired. CNBC reports that most people think resumes account for 90 percent of the job search when it actually accounts for 10 percent. What does that mean for you? Get out there and meet people. Whether it’s alumni associations at your university, job fairs, professional societies, or some other in-person networking event, the key is to connect with those who already have a leg up in the industry.

This one can be kind of hard to hear. After months, sometimes years, agonizing over the perfect major, it can be disheartening to learn that in the end, it doesn’t matter as much as many universities lead you to believe. Instead, it’s college graduates’ skill sets that matter most to employers when hiring.

The Washington Post found that “Engineers… are working in the fashion industry, jobs typically associated with arts majors, and writers are employed in tech firms mostly identified with computer science majors.” So just make sure you translate the skills you learned through your major—whatever it happens to be—into hard skills.

Transitioning from college into the “real world” doesn’t have to be intimidating. Equipped with your newly-acquired degree and some real-world advice, you’ll make your mark on the business world in no time!