5 Hot Jobs Where Salaries Are Growing

If you're looking to snag a job with a high salary, Washington D.C. is definitely a city to consider for career options. This year, our nation's capital landed at number three of the top-earning cities in the country. Payscale reports the average salary in D.C. is about $71,400—not exactly a number to sneeze at.

Looking for a D.C.-based job with a strong earning capacity? Here are five of the hottest jobs with growing salaries. 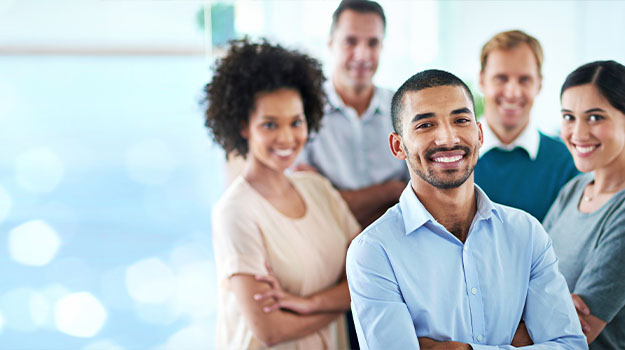 In general, D.C.'s healthcare industry is booming. While there is a great disparity across salaries in this industry, numerous jobs in the District are pulling in the big bucks, especially healthcare administrators and providers.

Administrators are earning in the $150,000 range. Providers, such as oral and maxillofacial surgeons, anesthesiologists, OB/GYNs, surgeons, psychiatrists, general practitioners, and internists all net over $225,000 a year on average. Many other types of healthcare providers are also making the six-figure cut with slightly lower salaries.

No matter how you slice it, paychecks for certain healthcare jobs are going up, up, up.

The DMV (District of Columbia, Maryland, and Virginia) has evolved into a tech hub, especially Northern Virginia. Often referred to as the "Silicon Valley of the East," many contend the Northern Virginia corridor has rightfully become its own tech hub and developed an identity apart from the West Coast.

While D.C.'s salaries are not quite what we'd see in San Jose or San Francisco, they aren't too shabby either. Job seekers pursuing top-earning tech jobs should know salaries in the DMV are starting to align with their West Coast counterparts. The average overall tech salary in the DMV is $111,300, landing at﻿﻿ number four in the nation for tech jobs. Here are a few examples of local salaries.

According to the U.S. Bureau of Labor Statistics (BLS), tech jobs are expected to grow 13 percent through 2026, much faster than average, and D.C. is certainly getting its piece of the pie.

If you've got experience as a project manager and looking to grow your career, D.C. is full of opportunities. Whether your particular skillset lies within operations, IT, engineering, or another capacity, you'll be able to find a nice paying gig. While the salary range of project managers varies, on average, you can expect to earn around $82,000. Work your way up to a senior PM and you'll easily be able to net a six-figure salary in the DMV.

Financial services are another good career choice in D.C. In addition to numerous opportunities, job seekers hoping to land a job in this field typically find they can earn some serious bank. Top high-earning job prospects in the nation's capital include accounting, payroll services, tax preparation, credit intermediation, securities, and commodity contracts, to name just a few. If you've got management experience to sprinkle into your resume, you've got even higher earning potential.

Job seekers with legal qualifications will find great prospects in the District. According to BLS, attorneys command one of the highest earning salaries in the region. Furthermore, you don't even necessarily have to be an attorney to yield a healthy paycheck. Other professions in the legal field garnering higher wages include judicial law clerks, judges, arbitrators, mediators, paralegals, legal assistants, court reporters, title examiners, and legal support workers. Overall, salaries for legal services average about $110,000 a year. Depending on your credentials, experience, and skills, this number can be a lot higher.

Whether you're a seasoned vet or just getting your feet wet at the entry level (the District is also one of the top U.S. cities offering the highest starting salaries), and want to bring home a healthy paycheck, D.C. is definitely a city to consider. Throw in an approved security clearance and you'll find yourself with even stronger grounds for salary negotiation when pursuing any type of position.

Looking for a new job? Check out our current listings.