When a job interview devolves from awkward to disastrous, sometimes the best thing to do is walk out. You know you don’t want to work at a company where employees are harassed or made to feel like they’re unimportant. Here are incidents that prompted three job candidates to cut an interview short and walk out…and what happened next. 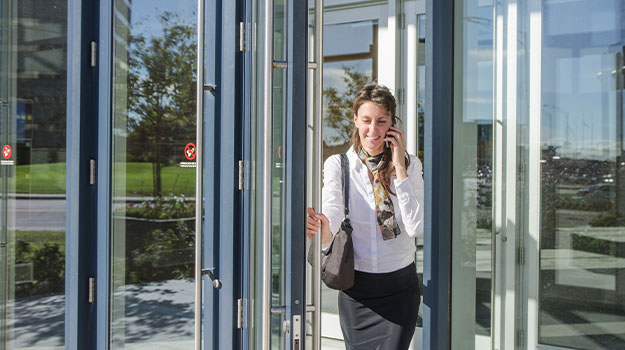 1. Interviewer expects you to be unethical

“Kevin” was interviewing for a job as a newspaper reporter covering the business beat where he would be expected to write honestly about the successes, faults, and failures of local companies in a small town.

Kevin was uncomfortable. He knew he couldn’t write negatively or even honestly about a business for Wednesday’s newspaper and come back on Thursday to ask that business owner to buy an ad.

He politely said this job wasn’t for him and walked out.

What happened next: The newspaper found another worker who wasn’t bothered by the apparent conflict and Kevin found a job where he focused only on writing.

Lesson learned: Develop a strong set of ethics and know what you’re willing to do—and not do—on the job. Kevin benefitted from having those values in place from the beginning so he didn’t flounder during the interview.

“Erin” was interviewing for a job at a meat company and asked if the fact that she was vegan would be an issue. Her three interviewers said no problem as long as she didn’t try to convert their customers to the vegan lifestyle.

But then the interviewers said if they put a nice steak in front of a vegan, the person couldn’t resist digging in. The interviewers followed up with inappropriate, sexually tinged remarks. Erin walked out.

What happened next: Erin contacted the company’s corporate office. The corporate bigwigs seemed uninterested and took no action.

Lesson learned: No matter how badly you need work, if the premise of the job is in opposition to your lifestyle, perhaps it’s better to not apply. Even if the company hired you, every day would feel like a conflict of interest.

When “Valerie” flew across the country for a job interview as a university professor, no one met her at the airport—the designated person forgot. Valerie waited for three hours, then had to find her own way to a hotel in a strange city 40 miles away.

When the university president interviewed Valerie the next day, he asked vague questions, kept looking at his watch and didn’t appear to be interested in her answers. She finally stood up, said “I know you’re a very busy man. Thank you for your time.” Then she walked out.

Lesson learned: Even if the host company is providing you with a hotel room, make sure you have all the details in case no one meets you at the airport. Once the interview begins, be ready to take control. If an interviewer asks vague questions, answer those questions, and follow up with queries of your own.  Ask about a typical day on the job and list reasons why you’re an ideal candidate. As for this situation, Valerie did the right thing in walking out after being abandoned, then ignored.

When to walk out

Before you go into a job interview, take some time to think about your personal values and what would prompt you to cut your losses and leave.

Key reasons to walk out, according to executive and life coach Joanne Korman Goldman, include if the interviewer:

How to walk out

Simply say, “I’m uncomfortable in this interview. I don’t think this company is for me.”