3 of the Weirdest Job Interviews We've Heard Of

When you’re in job search mode, your main goal of course is to find the right job. But as these job seekers found out the hard way, some interviews can be just plain weird. Job interview questions can range from basic to bizarre. And as for job interview venues—these can range from cabs to dark, deserted (yikes) warehouses. These candidates all survived to interview again. Here’s what they learned. 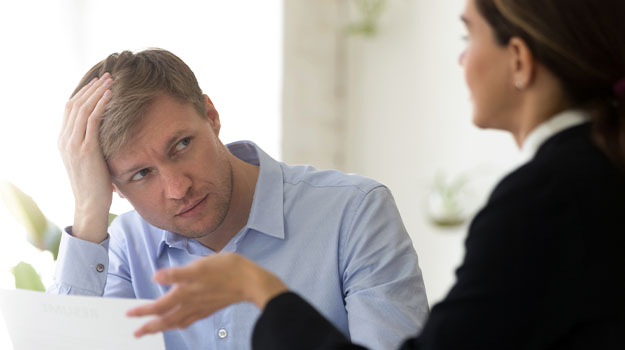 “Alyssa” was a broke, recent graduate who answered an ad for a new local company manufacturing and selling vacuum technology. The pay was advertised at $20 an hour, and the company noted plenty of open positions.

Job interview conducted in a warehouse

Alyssa tried to rationalize weirdness away.

Lessons learned: Find out more about a job before agreeing to spend a couple of hours or more on an interview. For example, if working in sales isn’t for you, insist on learning whether a job is commission only before committing to an interview. Or, if you’re worried the job involves a lot of travel and that doesn’t work for your life, get the answer ahead of time. Ask for responses in writing. The interviewer may be reluctant to give you a straight answer, but tell him you don’t want to waste his time. Overall, listen to your gut, and if a situation doesn’t feel right, leave.

Job interview conducted in a cab

“Lindsey” was a senior in college in Philadelphia interviewing in New York City for a job at a major corporation for post-graduation.

Lindsey didn’t get the job, but on a happy note—the interviewer did the right thing and gave her cab fare to get back to the city from the airport.

Lessons learned: Expect the unexpected. Just because something is odd doesn’t mean it’s a deal breaker. Being flexible is key in a job interview and on the job. Lindsey did the right thing in adjusting to the change in plans. In general, be ready to roll with the unexpected during a job interview. Your future boss will want to know if you’ll be adaptable when changes and problems come up on the job.

Interview on a holiday

Sometimes the timing of an interview—in the evening or on a holiday—is a sign of bad times ahead.

Adrian got the job. But as it turns out, the interview timing signaled his boss didn’t respect Adrian’s time. His boss regularly emailed him at night, on weekends, and yes, on holidays with last-minute requests.

In the course of our careers it’s likely we’ll encounter a strange interview from time to time. It’s important to look at these experiences as a chance to learn valuable lessons and an opportunity to practice for the job we really want to land.